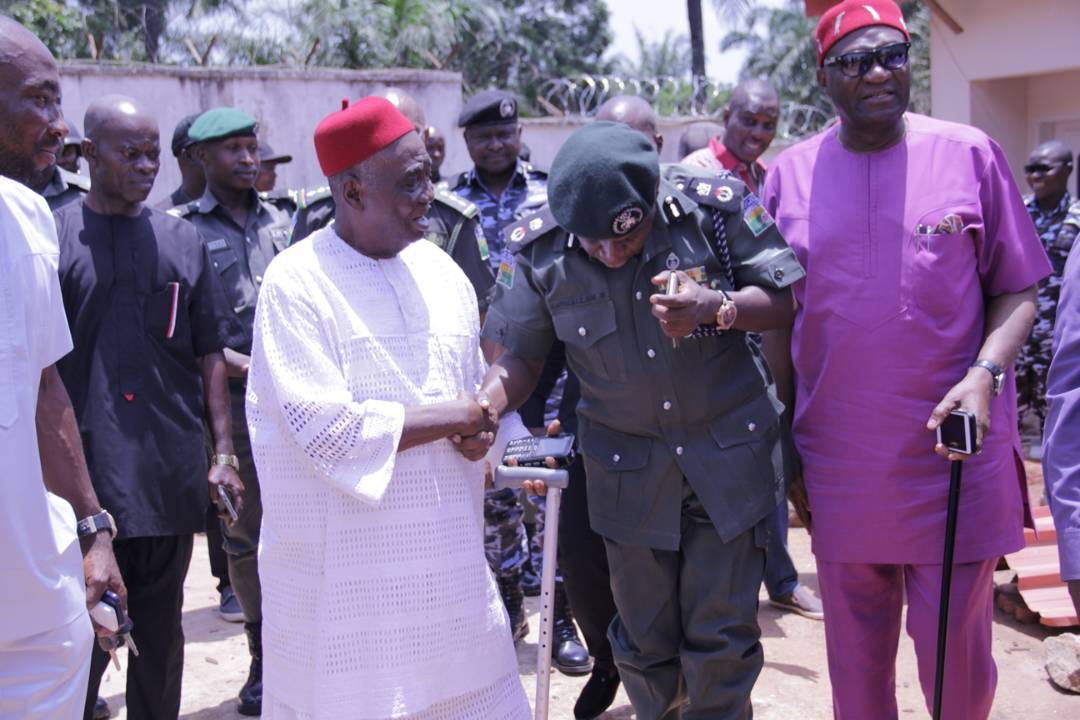 Today’s attack on the country home of Ohaneze Ndigbo President General, Chief John Nnia Nwodo, should UNITE rather than DIVIDE Ndigbo and all those who genuinely detest injustice.

This is a time every true Igbo son and daughter must close rank and join hands together to confront this new wave of evil being imported into our land in a desperate bid to justify the terrorist tag on our unarmed non-violent youths by an evil govt headed by a man who does not mean us well.

As Ndigbo, we owe it to our ancestry to be very vigilant and understand that this country called Nigeria is inherently evil and demonic. There is no limit to how far this present govt will go in their desperate bid to justify tagging our harmless youth terrorists while their own internationally recognized terrorist groupS yet kill with govt-sponsored impunity.

A govt that could stage the kidnapping of innocent school girls and equally stage their release is capable of staging a bomb attack just to advance their evil aim of proving that our youths are terrorists.

We must be under no illusion that the Police will blame this dastardly act on any person or group other than our Youths. This is a carefully planned job purposely targeted at justifying the numberless crimes this murderous govt has committed against our youths whose only crime was asking to be treated fairly or be allowed to go form their separate Biafra Nation.

I urge every discerning mind to critically look at the attack, the timing, the possible motive as well as those who stand to benefit more from an attack on Chief Nwodo.

And why did the attack happen on the eve of President Buhari’s visit to the US President, Donald Trump?? Why not any other time?

We know who stand to benefit more from an attack on the Ohaneze PG’s home. Igbo youths stand to lose everything and gain nothing. They know that such an act will paint them as a violent group and destroy the goodwill they currently enjoy amongst the generality of Ndigbo and all lovers of freedom worldwide. On the other hand, this govt stand to gain everything. Let’s look at the benefits:

1.it will give them the ever elusive justification for tagging our unarmed nonviolent youths as terrorist while their own privileged terror groups recognized worldwide yet kill and maim with impunity.

2.It will give President Buhari a good reason to send back his uniformed janjaweed army back to Ala-igbo.

3.It will break the Igbo spirit and turn Igbo elders against their own children who they will now see as a bunch of violent youths who should be sacrificed to the Fulani Army.

Most importantly, it will help this genocide govt divert attention away from the full jihad currently happening in Benue and other parts of the MiddleBelt.

The gods are wise but we humans are even wiser

We know which group/Agency has the capacity as well as the capability to make and deliver bomb without hindrances. It is not Igbo youths.

Our youths are generally known to be non-violent. Their only “weapon” is their mouth. Their method is civil disobedience. No act of organized violence has ever been traced to them. Their disagreement with the Ohaneze PG is an open secret but who says children cannot openly disagree with their parents?

The attempt by the forces of darkness to exploit this disagreement to turn Ndigbo against themselves MUST BE RESISTED.

In Igbo land, we have our problem as a people. Every tribe does. But there are certain red lines we don’t cross in the course of our disagreement. That line is bombing property.

I am not unaware of the fact that in a couple of days from now, the Police will follow their written script by declaring our Self Determination group responsible for this attack. They will even parade some suspects who may confess to how our youths planned and executed the attack. We are so conversant with the antics of this govt. They are so predictable. But they should be aware that no matter how well they package that bad market, we will never buy it.

Chief Nwodo has repeatedly stated that the Self Determination groups are his children. I have utmost faith in his ability not to allow our detractors use this heinous crime to further demonize his children.

Like the Phoenix, Ndigbo will always rise from the ashes. This, too, shall pass.