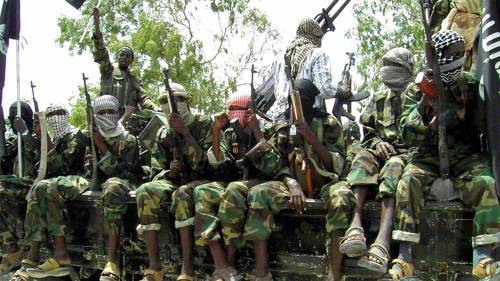 Daily Trust could not confirm any casualty as at the time of filing this report.

A resident, who escaped the attack, revealed that the attackers drove through the eastern part of the town around 5:05pm in a convoy of three RPG laden Hilux vans.

He said upon arrival, the attackers began sporadic shootings and set houses ablaze, adding that “both residents and security operatives have now fled to safe locations”.

“As we are talking, I don’t know the condition of my wives and children because they ran and left me while trying to pick my 7-year-old boy from the house,” he narrated.

Another resident that fled to Kasaisa village said he ran out of town amid intense shooting and confirmed seeing thick smoke in the air.

“I attempted to enter Damaturu but the military men at the checking point forced me to return. But, I saw military reinforcement heading to Katarko now,” he said.

Katarko town in Gujba local government area had suffered a deadly Boko Haram attack on July 27, 2014, which claimed several lives and over hundred women and children were abducted.