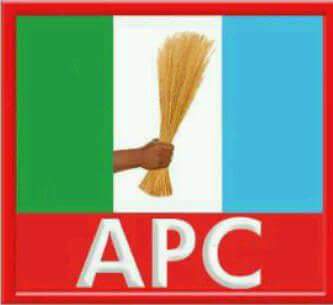 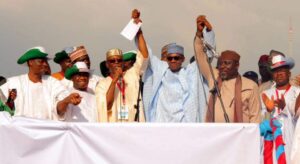 Both Christians and Muslims must reject outright the strange spirit that the APC, in its lust for power, has imported into Nigeria.

On 27th November, 2014, at the inauguration of Rauf Aregbesola as second-term governor of Osun State, Senator Bola Tinubu, National Leader of the APC, asked Nigerians to prepare their charms and other juju powers for the 2015 elections. Present on that occasion were the big guns of the APC, including now President Muhammadu Buhari, former party chairman Chief Bisi Akande and APC state governors.

Why would Tinubu, a practicing Muslim, ask people to seek occult powers in order to prevail in elections? Why would Yemi Osinbajo, a Christian pastor, later associate with a political party whose leadership dabbles in the occult?

Nigerians are a deeply religious people, whether Christian or Moslem. Both faiths believe in the Lord God Almighty. Neither permits resort to witchcraft. However, Hosea warns: “My people are destroyed because they have no knowledge.” Could it be that APC members and Nigerians at large are unaware of the cultist foundations upon which the party is built?

The broom symbol of the ACN was later adopted as the logo of the APC with the coalition of the legacy parties. Millions of brooms were bought by APC supporters during the 2015 election campaigns, to the delight of broom-sellers. These were then brandished lavishly during the election rallies.

However, the broom is also a witchcraft symbol believed by the cultist to provide the power to rise above the earthly plane and to soar in the spirit realm. In the West, brooms are associated with witches visualized as hags who fly through the air on broomsticks. These witches use their cultist brooms to sweep away their traces to avoid detection.

Herbalists use the broom to invoke the spirit of the dead. The broom is used as a gate or door before a ritual space. A witch draws a magical circle, enters it, and then places the broom over the doorway as a means to keep out unwanted energies or people.

There is sufficient evidence to indicate that the APC employed the broom as an instrument of witchcraft and superstition during the 2015 elections. What is cultist about the APC broom is the way and manner it is displayed. The APC broom is held up and not down. It is held above the head and then waved in the air. This gives it a hidden meaning not generally recognised.

In the occult, when brooms are waved in the air, they have the opposite effect of cleaning up dirt; they spread dirt. When waved in the air, brooms pour dirt on our heads. This makes it sinister that the APC chose this very gesture as its definitive slogan.

In this part of the world, it is considered taboo for men especially to raise the broom above the head. To do so is to invoke evil spirits. With the broom raised everywhere during the campaigns, the APC used it to cast a spell on Nigerians. Many are just beginning to wake up from this spell after disaster-filled days of a do-nothing Buhari administration.

In Yoruba folklore, it is a bad omen for the broom to stand erect; it must lie on the ground. The taboo is that if it stands erect, it will be used by evil spirits to bring bad luck. The occult design here was fitted for APC electoral purposes. The party used its cultist broom to sweep away good luck from Nigeria in the person of Goodluck Jonathan. This means its success at the polls portends a bad omen for Nigeria.

Witchcraft mumbo-jumbo says if you sweep out the room occupied by an unwelcome guest immediately after his departure, you will prevent him from returning. Therefore, after President Jonathan and the PDP finished their political rally at the polo ground in Kano in April 2015, the APC Kano State Governor, Rabiu Kwankwaso; his deputy, Dr. Abdullahi Umar Ganduje, and some members of governor’s cabinet came out with brooms to sweep the grounds. This shows they believed in the cultist powers of their logo and invoked it on the president.

In India, from where APC borrowed this hocus pocus, the mother goddess who waves the broom is called Shitala. This Hindu siren has several hands and is associated with quite a number of debilitating ailments, many not immediately apparent. At first, the broom would seem to meet all of our deepest longings. But, sooner than later, its devastating side-effects would emerge.

The broom is united at the bottom and this would seem to signify unity. However, it is scattered at the top, which spells disunity. With the scattered end waved in the air, the APC broom portends disunity for Nigeria, both at the party and at the national level.

With Buhari now at the helm, Nigerians have witnessed a lot of squabbles within the APC. Attempts to paper over the cracks are illusory. More ominous is President Buhari’s emergence as a sectional ethnic leader. His blatantly lopsided political appointments, designed to make the South a colony of the North, poses great threat Nigerian unity.

This should not come as a surprise. When you employ the broom goddess to sweep away your opponents, she also sweeps away your national image, your honour, strength, peace and independence as a nation.

By electing the APC into power, Nigerians inadvertently accepted the rule of the broom goddess. Unless a conscious effort is made to reject this evil spirit, it will prevail over our national affairs in the next four years. This will bring fruitless hard labour. People will work like jackasses and eat like ants. Holes will be burnt in pockets. Lives will be wasted needlessly.

The broom goddess brings emptiness and restlessness. She provides broken cisterns that cannot hold water. There will be no peace in the country and the people will reject the truth.

Indeed, the days of APC government have been characterized by lies, more lies and broken promises. Nigeria has gone from go-slow to standstill. The currency has declined; the oil price has nose-dived; Boko Haram killings have multiplied. It is increasingly obvious that Nigerians were hypnotized and hoodwinked by the APC in the 2015 elections.

It is not enough to claim disbelief in the power of darkness. Witchcraft is real. If it were not, many would not subscribe to it and appeal to it. However, cultist power is far inferior to the power of God. This means the occult should not just be ignored; it must be resisted; otherwise its attendant evils will prevail. Therefore, those of us who believe in God must be strong in the Lord and in the power of his might.

Both Christians and Muslims need to fast and pray and take a stand. We must reject outright the strange spirit that the APC, in its lust for power, has imported into Nigeria.