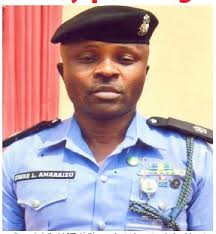 The Enugu State Police Command of Nigeria police force has reacted to a media report that surfaced this morning which reported that Fulani herdsmen invaded a part of the state and killed 20 persons.

In a press statement signed by SP Ebere Amaraizu, the Police Public Relations Officer in Enugu State, the police said the news is false as their investigation showed that the author of the “malicious” article exhumed an old article and gave it a new date.

He enjoined the members of the public to jettison the fake news and go about their lawful business as the article is aimed at causing unnecessary panic in the state.

The exact words of the PPRO Enugu command;

“The said online publication is false, misleading and malicious and should be disregarded as no incident of such took place in Enugu State as it was observed to be an old story which occurred a long time ago in Nimbo Uzo-Uwani Local Government Area, when Mr. Nwodibo Ekechukwu, referred in the said mischievous publication, was Commissioner of Police, Enugu State.

“The choice of the writer refreshing same with current date and posting it as a new story, is an attempt to mislead the public and also fan embers of acrimony amongst the good people of the state.

“Members of the public are therefore enjoined to go about their lawful normal business and never to entertain fear or panic as a result of the said mischievous on-line publications while the command has opened up the process of identifying the source of the malicious publications.” 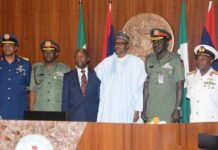