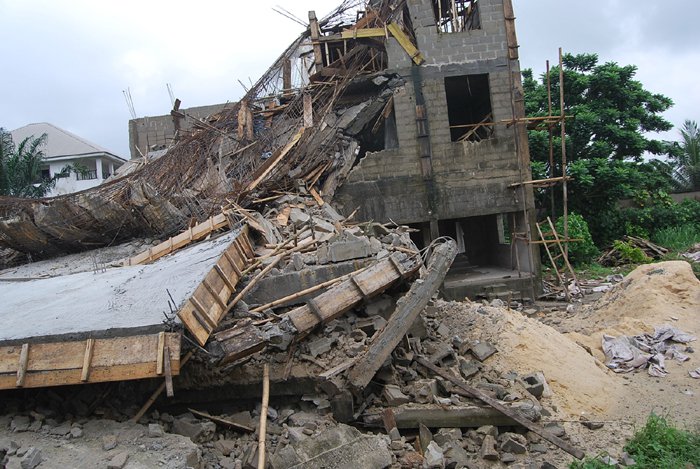 Two person have been reported dead following the collapse of a three storey building in Onitsha, Anambra state on Wednesday.

Confirming the report, the police spokesperson in the state, Haruna Mohammed in a statement said that three casualties were recorded.

He said “On 22/05/2019 at about 3pm, a building under construction located at No 9 Ezenwa Street, Onitsha belonging to one Barr. Ikebu Aso collapsed.

“Police patrol teams and other sister agencies rushed to the scene and cordoned off the area to checkmate miscreants and criminal elements from taking advantage of the situation to loot.

“Meanwhile, three casualties whose identities are yet to be ascertained were rescued alive from the collapsed building and rushed to the General hospital Onitsha by the Red Cross for medical attention while two others were certified dead by the medical doctor.”

Mr. Mohammed said while investigation is still ongoing to ascertain the cause of the incident, corpses recovered have been taken to the mortuary for autopsy.

JUST IN: Outcome Of Emergency NEC Meeting OF PDP

SAD! One Of The Lawyers Involved In Ihedioha’s Case Explain Why He Lost