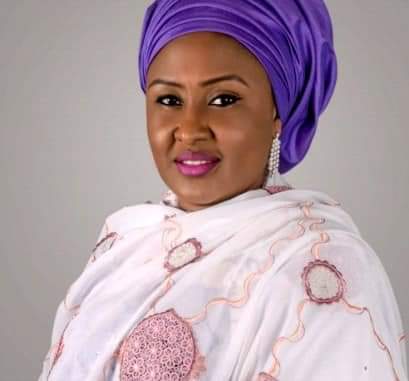 The Peoples Democratic Party (PDP) says the revelation by the First Lady, Aisha Buhari, that there is humongous fraud in the N500bn Social Investment Programme and the N16bn Mosquito Net Project of the Buhari administration, has further vindicated its stance that the administration is deceitful and a pretentious citadel of corruption.

The party says Aisha Buhari’s revelation has further shown that the PDP has not been crying wolf by insisting that President Muhammadu Buhari must account for the trillions of naira stolen under his watch in the last four years.

More disheartening is the fact that the said funds were meant for the welfare of the poor, whom Mr President had always claimed to represent in government.

Unfortunately, these poor Nigerians have been waiting endlessly for the failed social investments promised by President Buhari only to have their hopes dashed as revelations by Mrs Buhari had shown that the money provided for the programme had been stolen.

The PDP holds that now that the truth has been revealed by no lesser Nigerian than Mr President’s wife, the National Assembly and all anti corruption agencies should immediately commence forensic investigation how these funds were dispensed and utilized.

Nigerians can now see how the same administration president over by ‘Mr. Integrity’ has been using the names of innocent poor Nigerians to loot our national treasury and fritter away billions of naira to finance their wasteful lifestyle while Nigerians wallow in abject poverty.

It is indeed appalling that the Buhari administration would be sitting on such colossal corruption and continues to thrive in evil concealment while diverting public attention from their rot by hounding innocent opposition figures on trump-up corruption charges.

The PDP had always maintained that no matter how much deceit and falsehood appear to thrive, the truth must prevail at the end of the day.

Our party therefore charges President Buhari to speak out on the matter and immediately commence the process of recovering the money and channeling it for the benefit of the poor Nigerians.