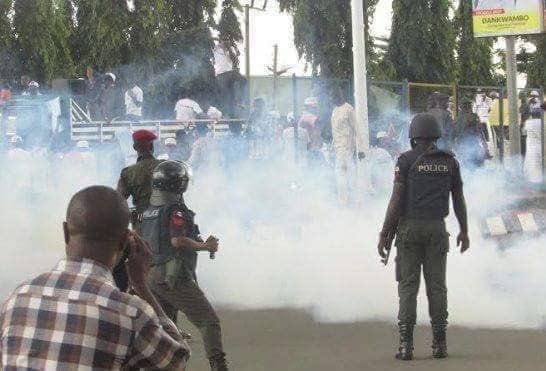 One person was shot dead on Tuesday while others seven others were wounded in a clash between the police and some youths in Onitsha, Anambra State.
The incident followed attempt by some miscreants to disarm police at the new Aba park, Owerri road.

Our correspondent gathered that traffic along the Owerri/Onitsha road were paralysed traffic for hours.

He said, “There was attempt by some miscreants to disarm police at the new Aba park owerri road when police patrol team went on enquiry following intelligence report that two armed robbery suspects who escaped from lawful custody were seen hiding at the park.

” The hoodlums who emerged from an uncompleted building near the park descended on the policemen in a bid to overpower them and snatched their rifles.

“One of the policemen resorted to use his firearm and injured one of the attackers whose identity is yet to be ascertained after firing twice on air to scare them proved abortive.

READ ALSO  Too Many Checkpoints In The S'East: What Police IG Has To Say

Mohammed added, “Victim was rushed toToronto hospital for medical attention but was certified dead by a medical doctor while receiving treatment.

He said joint police patrol teams including Vigilante groups dispersed the rampaging Youths ,restored normalcy and cleared the road to enable free flow of traffic in the affected area.

According to him, Commissioner of Police, John Abang, had ordered investigation into the matter to ascertain circumstances surrounding the incident in order to bring perpetrators to justice.