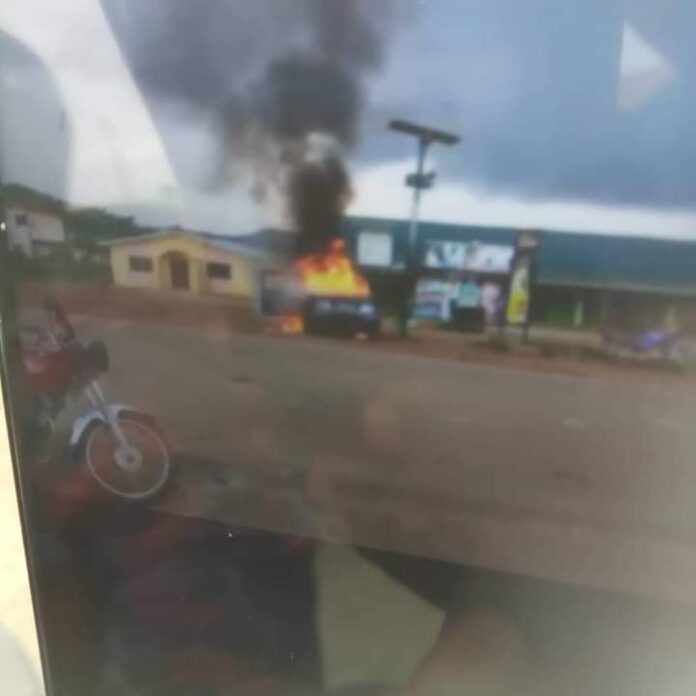 There’s palpable fear in Oye Ekiti is as two protesting students of Federal University, Oye Ekiti (FUOYE) are feared dead while one policeman was seriously injured, with another one said to be missing.

The governor’s wife, Erelu Bisi Fayemi, who was in Oye Ekiti (her hometown) today, as part of her tour of Local Councils in sensitization against female genital mutilation, was said to have been accosted by angry FUOYE students who were protesting against the electricity distribution company, BEDC, over lack of electricity in the institution for days.

In attempt to stop the students, the police fired canisters which also affected the women in the hall and they all scampered for safety with some of the women jumping the fence and bringing the programme to an end.

Her security escorts in trying to disperse the protesting students that blocked her convoy fired shots, thereby killing two students and injuring many others.