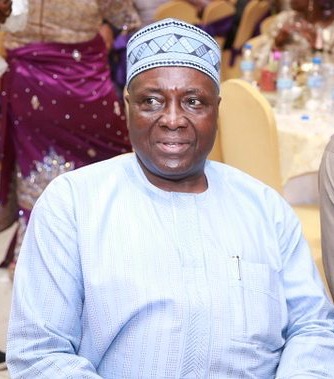 For almost a decade, Nigeria has been battling with insecurity occasioned by the terrorist activities of the dreaded Islamic sect, Boko Haram. But as the government war against Boko Haram seems to recording positive results, kidnapping, armed robbery, cultism and other crimes have also intensified.

The police have a central role to play in restoring the nation’s internal security and has so far been overstretched by the high level of insecurity.

Hence, the appointment of former Inspector General of Police, Alhaji Musiliu Adeola Kunbi Smith by President Muhammadu Buhari as the chairman of the Police Service Commission (PSC) could not have come at a better time than now.

For a police force that is seriously under staffed and has been grossly underfunded over the decades, the choice of Smith by the present administration was a well thought out decision.  Nigeria with a population of close to 200 million has less than 400,000 police men and women.

In other words, Nigeria is highly under policed because it has fallen far short of the United Nation’s universal requirement for appropriately policing a state.

In fact, the Nigeria Police service is among the least remunerated sectors in the country in spite of the high risk associated with the job. Although, the police service is also the most criticized and disparaged public institution in the country, many people do not care to find out the reasons responsible for this.

There is virtually no motivation and for many decades men and officers of the force have been made to work under very inhuman conditions unlike other services such as the military, customs, immigration, prisons and even the National Security and Civil Defence Corps.

An average Nigerian policeman officer has no accommodation. There is virtually on existent barracks in the police force. What they have can best be described as shanty barracks, devoid of comforts and decency.

According to Dr, Cyprian Alozie of the Department of Political Science, Abia State University, Uturu in his “critical assessment of the Nigeria Police and national security in Nigeria’s Fourth Republic”, the Police barracks “are filthy, over-crowded and dilapidated, needing repairs that will not readily come.

Even with these, they are grossly inadequate… sights of policemen and their families particularly in Lagos making their homes of broken down vehicles within the barracks under the flyover bridge that runs along the Force Headquarters premises are very pathetic. Their children are raised in ordeal, very harsh upbringing that could make them gutless adults than responsible leaders in future…”

There is no doubt that the problem of corruption in the Nigeria police has attracted the attention of some sections of the international community. For instance, a report released by the United States government in January 2012 noted that corruption and lack of capacity hinder the ability of the Nigeria Police Force to respond to security and terrorist threats within the nation’s borders.

But Smith comes in as a “Daniel comes to Judgement”. He is the rightful person that can facilitate the much needed reform in the Nigeria Police Force. For a man who had a meritorious and most successful career, he has what it takes to transform the police from a disgruntled and beleaguered service to a motivated, functional and incorruptible institution. As the first Inspector General of Police that led the force at the return of democracy in 1999, he has the credentials to chart a course for a modern and civilized force. He possesses the required qualities to change the negative image of the police.

Since his assumption of duty over a year ago, Alhaji Smith has initiated several policies aimed at reforming the police. One of such is the ban placed on promotion of officers without examination. The Police Service Commission (PSC) under Smith declared last year that henceforth police officers will no longer be promoted to the next rank without the requisite training programmes and examinations.

“From now and henceforth, one of the conditions for promotion must be attendance and passing the senior Command Course for senior officers and other prescribed courses for others”
Smith had noticed that the force before now had promoted officers severally without attending the requisite training programmes attached to the ranks. “Henceforth, result of performance of officers from appropriate training courses must be attached to the recommendation to the commission for promotion”.

READ ALSO  [Opinion] The So Called Oil Discovery In Bauchi, Another Nigeria Air Con In Progress!

According to the head of media at the Police Service Commission, Mr. Ani, Smith, had frowned at irregular postings of officers, saying that officers should be allowed to stay at a new post for two to three years. He expressed displeasure on the long stay of officers posted to the Police Mobile Force (PMF) and called that the practice be stopped.

He advised that every police officer should be a licensed driver so that during operations, in case of the sudden incapacitation of the team’s driver, someone else would take over. He warned against the indiscriminate conversion of Police specialists to general duty without due consideration to their valuable role in the force.

Born to the famous Smith family of Offin/Alakoro in central Lagos on April 17, 1946, his father, the late Alhaji Liasu Akande Smith (MON), was the first Surveyor General of Lagos State and a former National President of Ansar-Ud-Deen Society of Nigeria while the mother was the late Alhaja Abadat Eniola Smith, also a staunch member of the society in her lifetime. Alhaji Smith had his earliest educational pursuit at the Ansar-Ud-Deen Primary School Alakoro, Lagos between 1952 – 1959 and later attended Ansar-ud-deen College, Isolo, Lagos from 1960- 1964. He proceeded to the University of Lagos in 1967 and graduated with an Honours degree in Sociology in 1970, as a member of the first set of Sociology graduates of the University.

His first working experience after his secondary education was at the then Lagos City Council as an Account Clerk between 1965 and 1967. He successfully read for his GCE Advanced Level papers during the period and got promoted to the rank of Account Clerk Grade II.

On his graduation in June 1970 from University of Lagos, he was employed by Lagos State Government as an Assistant Secretary where he worked till when he started his Police Career on 1st April, 1971 as a member of the Police Cadet ASP Course 2 which ran from April 1971 to May 1972 and upon graduation, was posted to Enugu where he functioned as Assistant Superintendent (Administration) for then Enugu Province. His further police training took him to Durham Constabulary Department, England and Police Staff College, Jos. In both institutions, Mr. Smith gave a good account of himself.

Between 1973 and 1978, he was an instructor at the Police College, Ikeja, Lagos, from where he was posted to the then Gongola State and deployed as Divisional Police Officer (DPO) Mubi, now in Adamawa State. Thus started a glowing career, which culminated in his appointment as Commandant, Police College, Orji River, in 1987. In 1989, Alhaji Musiliu Smith was promoted to the elitist rank of Commissioner of Police.

As commissioner, Alhaji Smith held sway in several Commands including: Criminal Intelligence Bureau, Force CID; Kwara State Command, and Plateau State Command. He went for further training at the National War College (1994-1995) and on graduation proceeded to complete a master’s programme in strategic studies at the University of Ibadan.

In early 1996, Mr. Smith was promoted Assistant Inspector-General and posted to Command Zone 1 with Headquarters in Kano. It was while he was there that he was appointed a member of the Provisional Ruling Council in September 1998. On May 29, 1999, ‘MS’ as he was fondly called by close friends, was appointed the Inspector-General of Police (IGP). He retired from active service of the Nigerian police force as IGP on March 6, 2002.

Smith is a proud recipient of the National Award of the Commander of the Federal Republic (CFR). He was the last but one National President of the Ansar-Ud-Deen College Old Boys’ Association. A distinguished honouree of UNILAG Alumni Achievers Award, Alhaji M.A.K. Smith was also the Pioneer Chairman, Skye Bank Plc from January 2006 to 30th September 2010. In addition, he also served on the Board of many other companies as either as Chairman or Director.

Between August 2007 and December 2008 he served the nation as one of the eminent Nigerians on the Electoral Reform Committee. For his contribution to his community, State, Nation and humanity at large, Alhaji Smith was honoured with the degree of Doctor of Science (D.Sc) Honoris Causa of the Lagos State University Eight yea rs ago and also of Al-Hikmah University, Ilorin three years ago.
He is happily married to Alhaja Ariat Aderoju Smith and the union is blessed with children.