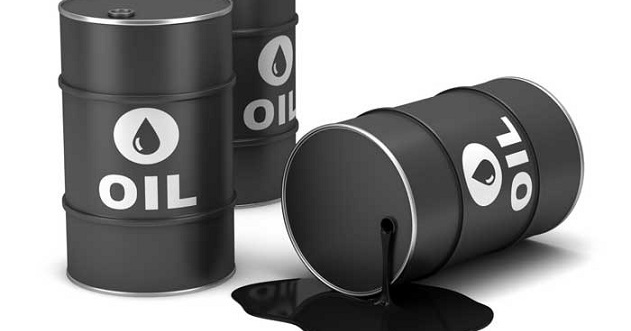 I was not surprised when they announced that they perforated one of the reservoirs and oil flowed to the surface.

Let me start debunking their lies starting from the location of the so called Kolmani River. This oil drill and now find is supposed to be in a border town between Bauchi and Gombe state. For over 2hours, I scoured Google Map and Google Earth in search of “Kolmani River”, Kolmani River does not exist as far as all the maps I saw are concerned.

1. Where exactly is Kolmani River?
I found no river called Kolmani. The main river that goes through Bauchi is the Gongola river.

I went back to the initial news and the spud-in jamboree done by buhari and Baru back then. The place stated in the news is in Alkaleri LGA near a site called Barambu.

When you search for Barambu which is supposed to be a border village between Bauchi and Gombe, you will most likely find Barambu shopping complex or the primary school. Both are deep inside Gombe and do not qualify as “border town”.
I see the deliberate “border town” nomenclature as a long play by the Northern cabal to eventually claim 13% for two states for the hassle of one down the line.

2. In ALL the news, no specific identifiable location is mentioned by NNPC for the Kolmani 2 well drill. The interviews sold in Newspapers as the drilling was about to commence mentioned a sarkin Kwaimawa stating that they are happy NNPC have started drilling boreholes at

Kwaimawa is actually in Jigawa state and close to Kano border.

Galtimari is in Borno state near Maiduguri

Zadawa is the only place in Bauchi.

It begs the question, how does a traditional ruler in Jigawa speak for an oil exploration in Bauchi and mention communities more than 4 hours away?
This tells me that the Northern cabal are using NNPC as an extra cashcow to finance projects all across the NE claiming it is CSR for the drilling. A search will show you the various CSR NNPC has carried out in the NE whilst the actual region that feeds the nation oil cash is neglected by the same NNPC.

3. In this CSR done by NNPC, they mentioned Kolmani community. Kolmani Gaji Mari is in Gombe state and actually far from the Barambu town where buhari was said to have flagged off the spud-in, same spud-in they initially reported as oil find in February 2019.

4. In the eventual news released on the 10th of October that they had struck oil and gas in Kolmani 2 well. They gave out no meaningful information as per what was discovered. They also threw in technical words that meant nothing and muddled the information with irrelevant search in other basins. Talking about acquisition of seismic data, and deployment of “cutting edge” technology was a way to dispel the expected question, how oil that was not there decades ago (despite years of searching) was suddenly found.

This is the oil version of the Nigeria Air logo launch. The target remains getting 13% derivation like some southern oil producing states do. In addition they are using extra budgetary and unappropriated funds to carry development for the North East. Remember buharis “concentrate on the the Northern region” statement to the World bank?

I saw what looked like stacked drilling pipes using satellite images from Google Earth. This was inside a fenced arena near the Bauchi and Gombe border. However, going by the type of drilling rig they claimed to be using, nothing shows there was routine drilling activities going on as at 11th of April when the image was taken by Google satellites.

The drilling rig is a maximum depth 20k feet rig that runs on diesel. There was what looked like a visible diesel tank on site, but I couldn’t make out any crane nor any other thing that suggests drilling nor was there any at the main town or a nearby facility.

Well, I’m having to do with “informed guesses” especially about the location because NNPC obscured and muddled the location. I will show you in the video below for you to judge for yourselves.

It sounds unbelievable that a lie this magnitude can be orchestrated, well, that was how they went to London to launch a fake non existent airline on the international stage. Note that they keep using SNEPCO (Shell Nigeria Exploration and Production Company) in their story.

A check on SNEPCOs current operations in Nigeria does not include operations in the North! Why keep mentioning SNEPCO if the aim is not to mislead and fool people?

Also note that no major Oil and Gas news outlet carried this news, why?