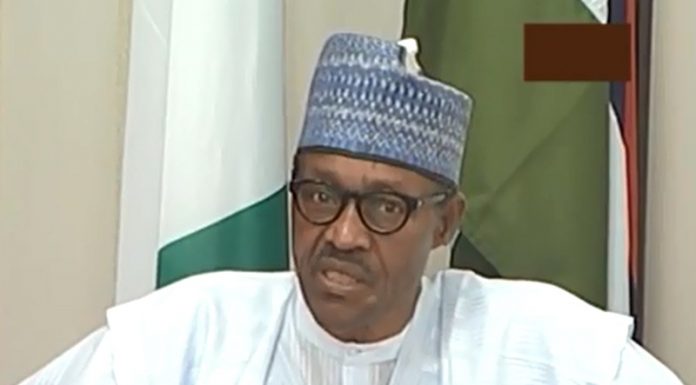 Suddenly, we are waking up to the realisation that our nation is mutating from fatherland into a monstrous beast which threatens us. To threaten citizens is to undermine the democracy many sacrificed their lives for and to erode the very foundation of the nation, after all, it is we -citizens – who give meaning to democracy “as government of the people, by the people, and for the people”, and as a form of social and political life which recognises the moral imperative of choice as the bedrock of democracy.

Without the citizens, the nation is a mirage. To be sure, the nation exists as “one indivisible and indissoluble sovereign nation under God”, as the constitution supremely proclaims, to provide form and substance to citizens’ experiences and realities. In turn, the citizens preserve and perfect the nation, so the nation can know itself, as Emmerich De Vattel expressed in his masterpiece, ‘The Law of Nations’: “a nation ought to know itself. Without this knowledge it cannot make any successful endeavours after its own perfection. It ought to have a just idea of its state, to enable it to take the most proper measures; it ought to know the progress it has already made, and what further advances it has still to make”.

One enduring legacy of democracy is will to power, the empowering strength democracy gifts to all citizens to speak truth to power and define their destinies as they deem fit. For citizens to think and act according to their will and power, the nation must be secured against the beast that threatens it. There are no safe houses for citizens (and for democracy as well) in a nation in which the president, like a bull in a china shop, rages and wrecks everything in sight, including the nation itself.

Once this happens, as we are presently experiencing, two things are bound to happen. First, the nation begins to alter itself – a mutation – as a natural consequence of the pressure exerted on it to accommodate the beast. Permanence is not a gift every nation possesses. It either contracts or enlarges itself, depending on the size of the beast at any given time, or, worse still, reinvents itself and assumes the nature and character traits of the beast. Second, citizens return to their ethnic enclaves to either seek protection from the rampaging beast or seek ethnic solidarity against the beast. Here, the civic duties and loyalties of citizens to the nation are lost.

Unity is a cheque we have always cashed and we have never done a poor job of cashing it in our small corners. Then, Buhari happened. The thread that held us together began to loosen, unravelling our unity.

We once had a nation of flourishing liberties and freedoms, promising democracy. We once had a nation built around the moderating politics of compromise, even where such moderating frameworks of rotational power and federal character were tokenistic, they somehow addressed our concerns over representation and domination. We had a rich history woven with the fine tapestries of our memories. Ours was a Tower of Babel; but we found ingenious ways of melding into the melting pot of peace. No more. Today, that moderating politics of compromise has given way to the zero-sum politics of alienation. The Buhari presidency happened and the pillars which held the nation firmly collapsed, opening up the mausoleum of our old rifts. How so?

Buhari is the culprit behind the obsequious transformation. Are you surprised? Here, we are dealing with the return of history. As that famous thinker, Marx, rightly observed, “Hegel remarks somewhere that all great world-historical facts and personages appear, so to speak, twice. He forgot to add: the first as tragedy, the second time as farce”.

Buhari mirrors the tragic and farcical personages of history who walk with the democratic deficits and contradictions of a bounty-taker and bask in the glory of their feats – taking bounties. The distress of their victims doesn’t matter to them, so far their interests are advanced. He is a cross between the Orwellian tyrant who “recognizes no other duty than that of advancing his interests” and deploys repressive instruments that shield him from criticisms, by the fires of torches and the force of the baton; and the inverted Manichean who sees only evil and places it above good.

READ ALSO  COVID-19: THE PAINS OF STAYING AT HOME

His first incursion into power in 1983 was not only Orwellian but was also truly Manichean. He was the Big Brother who kept a watchful eye on everyone. Evil triumphed. Like the character, Joseph K, in Franz Kafka’s dystopian novel, ‘The Trial’, citizens, who came under his gaze, were arrested and detained for unspecified crimes. His enforcer, Lawal Rafindadi, was more brutal than Kafka’s character, Inspector. Ask Nduka Irabor and Tunde Thompson.

Buhari’s sins were forgiven in later years. So it appeared when he was elected president in 2015, and re-elected in 2019. While many showed forbearance and generosity toward him, he has persisted in his old ways of destroying the civic space and turning democratic practices into dictatorial practices.

Like yesteryears, there is no respite. He is still taking bounties. The number is growing. His democratic deficit and contradictions are increasingly getting sharper. He is unraveling; even as the nation mutates and democracy deforms, turning into another byword for do-nothing. Think of his government that has a majority in the National Assembly but which cannot push for meaningful legislative change. Think of the reversal of the democratic gains we had secured from years of struggle. See, you don’t have to out-Darwin Darwin to understand the nature of this mutation. 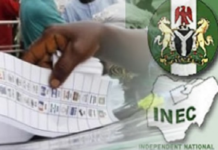 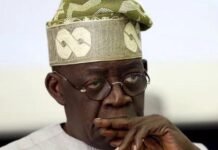 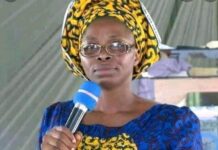