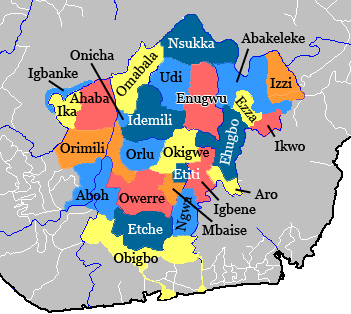 In their political administration of Nigeria, the British colonialists roughly divided the country into three regions, the North, the East, and the West. Of these original three regions, the East appears to be the most divided or less united. This has a very long history, with cultural and political dimensions.

For instance, whereas in the North, from Oturkpo to Sokoto, to Maiduguri, etc., majority of the people speak the Hausa language and align themselves politically; in the West, most people in the area also speak the Yoruba Language and practically belong to the same political party; but in the East, they have cacophony of voices, different languages, with the people belonging to different political affiliations.

The only difference is that in these two regions, the political leaderships, as a way of promoting cultural integration and political unity, gave premium for use of the dominant languages in public places and to teach them in their schools, while in the old Eastern Region, there was nothing of such. The more you speak the English Language, the better.

On the political front, even though that the majority Igbo had allowed a minority tribesman, an Efik, Professor Eyo Ita, to become the first Leader of Government Business (Premier) in the Region, when, however, Dr. Nnamdi Azikiwe was forced to return to the East, to assume the Premiership of the region following his ill-fated political foray in Western Nigeria, the Minority people in the East saw it as “ill- treatment”, and begin to cry of “Igbo domination”. They forgot that it was the magnanimity of the Igbo that allowed a minority tribesman to become Leader Government Business in a largely Igbo majority region.

They therefore left the NCNC, the ruling party in the Region, through external influences, formed an opposition political party, and began to agitate for the creation of a separate state of their own, the Calabar-Ogoja-Rivers (COR) State. This was what led to the setting up of the Willinks Commission in 1957 by the Colonial Government, which in the end, recommended that the fear of “Igbo domination” in the East as being propagated by the Minorities, did not exist.

That, notwithstanding, and in spite of the sensitive positions occupied by some prominent indigenes from these so-called minority areas, like Ibanga Akpabio, SE Imoke, MT Mbu, JH Wuke, etc., the people continued to grumble and to complain.

The 1966 crisis offered them the opportunity to deal with their Igbo neighbours. Even though that the murderous gang in the North who slaughtered people in their numbers in various parts of Northern Nigeria during the pogrom, did not make distinction between the Igbo, Efik, Ibibio or Ijaw, etc., the Eastern Minorities still saw everything as the “Igbo problem” and decided to align with the North against the Igbo. This offered enemies of the East, opportunity to dismembered the region.

The splitting of the East into three semi autonomous units called states, was therefore not only aimed at frustrating Biafra secession, but also at preventing the East from speaking with one voice. While the majority Igbo were put together in one state called the East Central State, the Eastern Minorities were split into two states, the South Eastern State and Rivers State.

During the war, while a few members of the Minorities identified with the Biafran cause, majority others aligned with those fighting against Biafra, sabotaged the Biafra war efforts, or openly fought against Biafra.

They were told that the only problem they had in the world were the Igbo, and that they should fight to literate themselves from Igbo domination. Thus, when Biafrans were chased out from Port Harcourt, they quickly renamed its stadium, “Liberation Stadium”!

At the end of the war, they not only declared the properties owned by the Igbo in Port Harcourt abandoned and seized them, but also insisted that all assets and liabilities jointly belonging to the former Eastern Region, such as the African Continental Bank (ACB), the University of Nigeria, Nsukka (UNN), the Nigerian Cement Factory (NIGERCEM), Nkalagu, the Eastern Nigeria Information Service (ENIS), etc., should be shared among the three newly created states, so that all links between them would be completely severed.

Now, having succeeded in dismembering the East, putting wedge in the relationship among the people, or to put it poignantly, driving away the Igbo from their land, it became an opportunity for them to pounce on the people, to exploit their resources.

Thereupon, they seized all the oil wells in the area and shared them among themselves. They declared the mineral, national patrimony, common wealth, and used the money to build new cities in their area and to develop the old ones, while leaving the oil producing areas desolate and empty. They became multimillionaires overnight, while the people whose oil wealth was being exploited were left in penury.

They looked the other way or failed to listen to the complaints and cries of the people, as various oil prospecting companies degraded and despoiled their environment. The people could no longer farm, nor fish, as both their land and their waters have been destroyed. Upon that, they executed their leaders for accusing them of complicity in despoiling their environment. 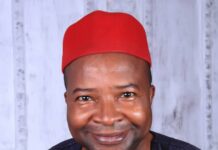 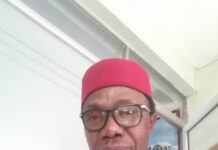