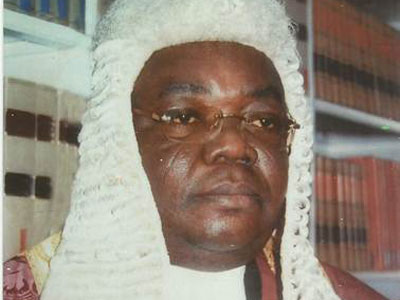 Justice Centus Chima Nweze in his dissenting ruling today, set aside the judgment of the Supreme Court as a nullity.

He added that the Imo State governor, Hope Uzodinma, misled the court in arriving at the judgment which removed Emeka Ihedioha from office after about 10 months.

According to Justice Nweze, there is no evidence placed before the court that Governor Uzodinma satisfied the required spread to have been declared the winner of the election.

He, therefore, told other judges on the panel that the judgment upholding Uzodinma’s victory in the March 9, 2019 poll would continue to haunt the nation’s electoral jurisprudence.

Justice Nweze in his minority ruling held that the court was misled in declaring Hope Uzodinma as governor and subsequently ordered his removal from office.

According to him, Uzodinma failed to give evidence of how he won the election.

He held that the votes which were used to declare Uzodinma winner were in excess of the accredited votes for the election.

He held that Uzodinma mischievously misled the court into unjust conclusion with the unverified votes credited to himself in the disputed 388 polling units.

“In my intimate reading of the January 14 judgment, the meat and substance of Ihedioha’s matter were lost to time frame. This court once set aside its own earlier judgment and therefore cannot use time frame to extinguish the right of any person.

“This court has powers to overrule itself and can revisit any decision not in accordance with justice,” he said.

According to Justice Nweze, the decision of the Supreme Court in the instant matter will continue to hunt our electoral jurisprudence for a long time to come, adding that without evidence of meeting other constitutional provisions, the court misled itself into declaring Uzodinma as governor.

“This court has a duty of redeeming its image, it is against this background that the finality of the court cannot extinguish the right of any person.”

While agreeing with Agabi that from the computation of the court in its January 14 judgment, the number of votes exceeded the total number of accredited voters by over 100, 000 votes, Justice Nweze said “wonders shall never end.’

“I am of the view that this application should succeed. I hereby make an order setting aside the decision of this court made on January 14 and that the certificate of return issued to the appellant be returned to INEC.

“I also make an order restoring the respondents as winner of the March 9, 2019 governorship election.”

Earlier, Ihedioha and the PDP, had through their lawyer, Chief Kanu Agabi, SAN, urged the apex court to review and set aside the judgement they argued was entered in error.

But his colleagues in a split decision of six-to-one refused to set aside their January 14, 2020 judgment that removed Ihedioha of the People’s Democratic Party, PDP, as Governor of Imo State.

Justice Olukayode Ariwoola who read the majority held the application was an invitation for the Supreme Court to sit on appeal over its final judgment in violation of the Constitution.

He further held that granting the request of the applicants would open the flood gate by parties to all kinds of litigation.

“This application is considered lacking in merit and liable to be dismissed.

“To do that is to say the least, bring the court into disrepute and ridicule. In the circumstance, this application is accordingly dismissed. Even though cost follows the event, parties are to bear their own cost.”

Justice Ariwoola who likened Ihedioha’s application to that of the APC in the case of Bayelsa State,

Those who agreed with his reasoning were the Chief Justice of Nigeria (CJN), Justice Ibrahim Muhammad, Justices Sylvester Ngwuta, Kudirat Kekere-Ekun, Amina Augie and Mary Abba-Aji.

Earlier, Ihedioha and the PDP, had through their lawyer, Chief Kanu Agabi, SAN, urged the apex court to review and set-aside the judgement they argued was entered in error.

But responding, Uzodinma and the APC, through their lawyer, Mr. Damian Dodo, SAN, prayed the court to reaffirm its decision by dismissing the fresh application they said constituted an abuse of court process.

On its part, the Independent National Electoral Commission, INEC, which is the 3rd Respondent, through its lawyer, Mr. Taminu Inuwa, SAN, said it would abide by the decision of the apex court.

Earlier in the course of the proceedings, Agabi withdrew the initial review application his clients filed on February 5, and substituted it with another one dated February 17.

The previous application was accordingly struck out.

Arguing his case, Agabi, SAN, said his clients were only praying the apex court to correct a mistake that occasioned a great miscarriage of justice against them.

READ ALSO  Chief Justice of Nigeria Suspended By The President

“We are not here to challenge the authority of this court. We respect the supremacy of this court and we recognise that your judgement is final.

“If we can go to God in prayer to change his mind, so also we have come before this court to change its mind.”

The former Attorney General of the Federation argued that the judgment of the Court of Appeal that struck out Uzodinma’s petition for being incompetent was not decided by the Supreme Court.

Agabi noted that whereas only results from 366 polling units were in issue, the apex court panel, erroneously made reference to 388 poling units.

He queried the whereabouts of the balance of results from 22 polling units in the state, saying “no indication was given as to what the results were in respect of the 22 polling units.

Besides, Agabi argued that Uzodinma had in his substantive petition before the Imo State Governorship Election Petition Tribunal, maintained that the gubernatorial contest that held in the state on March 9, 2019, was invalid by reason of corrupt practices and non compliance with the Electoral Act.

Ihedioha’s lawyer, therefore, contended that it was wrong for the apex court to declare Uzodinma winner of an election he adjudged to be flawed.

“He got a benefit for what he did not seek,” Agabi added, even as he urged the apex court to set-aside its judgement that favoured Uzodinma and the All Progressives Congress, APC, and restore the Court of Appeal verdict that affirmed Ihedioha as the valid winner of the Imo state governorship election.

He insisted that the Supreme Court was adequately empowered by section 6(6) of the 1999 Constitution, as amended, to reverse itself on the matter.

“My lords, when I was a child my father will beat me to cry and also beat me to stop. My Lords please we are crying, do not treat us like my father did. I urge you to set aside that judgement.

“My lords are human and can make mistakes, but the law has given you power to correct yourselves so that your mistakes are not immortalized,” Agabi pleaded.

Meanwhile, Uzodinma and the APC urged the Supreme Court to dismiss the application and re-affirm its earlier verdict that sacked Ihedioha from office.

“This court has consistently and rightly so, held that there is a lack of jurisdiction to sit on appeal over its judgement,” Dodo submitted.

He argued that there was no clerical error or accidental slip to be corrected in the judgement that removed Ihedioha from office.

“In this case, there is no doubt whatsoever about the decision of this court. Therefore, the invitation this review or set-aside is not tenable. The dignity if this court must be respected.

“The application is incompetent and should be dismissed because there is no jurisdiction. It is a deliberate invitation for this court to sit on appeal over its judgement and the law does not allow that.

“The question of conflicting or inconsistent reliefs does not arise in this matter; it is already too late in the day for the applicants. The judgement of this court had clearly set-aside the decision of the lower court in all its ramifications. The argument that there is an aspect of the lower court decision striking out the petition that was not considered by this court, is totally untenable.

“The order of this court setting aside the decision of the lower court was a tsunami. It was a clean sweep. We, therefore, urge my lords to sustain our preliminary objection and dismiss this application as an abuse of court process,” Dodo added. 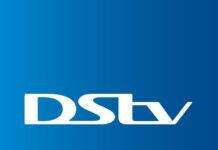