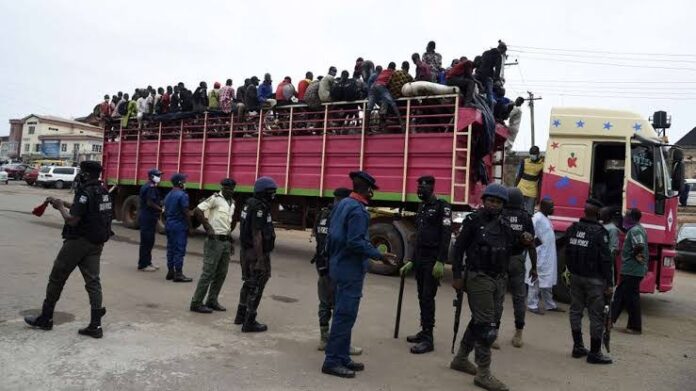 As at now, nobody knows who are the sponsors, or what is the actual intention of hundreds of able-bodied youths from Northern Nigeria who would be conceiled inside some container trucks, making their way to the southern parts of the country, to the South East geopolitical zone, in particular.

At first, when news of the infiltration of these youths were revealed, they were said to be almajiris, street urchins, prevalent in the northern part of the country, who are always ready to do some dirty or despicable jobs by whoever would hire them.

On closer look at these passengers, or were they cargoes, however, showed that they were grown up grown up adults, able-bodied young men, hidden inside container trucks, carrying goods or live animals.

Worse still, movement of these trucks, which becomes manifest during this nationwide lockdown occasioned by coronavirus, when cross-boundary movements are prohibited, are usually done in the dead of the night, between 1.00 am and 3.00 am, which makes everything look very suspicious.

In the circumstance, it has become necessary for us to be concerned, worried, about the reason for these curious movements. What is the intention of these able-bodied men from the North currently invading the South? What is their mission, their purpose? Who is sponsoring them, their movements?

READ ALSO  Chinese Loans Or Western Aids: Which One Is Choking Africa. By Peter Agba Kalu

Why do these youths choose to travel in the middle of the night, hidden inside container trucks carrying goods and live animals, particularly during this lockdown, when movements from one state to the other have been prohibited?

Is there any connivance between these agents of darkness with the security men manning the  boundaries, whereby many of these people have already infiltrated into many states the south, thus leading to increasing rise in coronavirus cases in the area?

In Enugu State, for example, all the COVID-19 cases in state were said to have had travel histories, at a time when there is lockdown, when nobody was supposed to be crossing the boundaries. How then did these people manage to have travelled into the state , undetected, without being arrested, when our boundaries were supposed to be firmly closed and manned by security agents?

Very often, we have heard stories that for one to travel in and out of the state, all it takes is for his or her pockets to be heavily loaded with cash, and for one to be ready to dispense such cash to those manning the boundaries. Yet, the same security men are being paid huge allowances by government for not doing what they were supposed to do, that is, securing the boundaries, and not allowing any infiltrator.

Beyond the coronavirus saga, another issue of grave concern is the possibility of these infiltrators being members of Boko Haram, preparing to launch attacks on the south. If not, why would such large number of able-bodied men be carefully conceiled inside container trucks laden with goods and be traveling in the night?

Also, why is it that it was only when some top government functionaries, like Governors Ifeanyi Ugwuanyi of Enugu State, and Nyeson Wike of Rivers State, got involved in cross-boundary monitoring, that these men were caught? Yet, we have the whole lot of security agencies, the police, the army, the DSS, the NSDC, etc., who claim to be monitoring the boundaries.

What this means is that some people, somewhere, are actually behind these movements, sponsoring these youths, arm them with necessary cash not only with which to pay their fares, but also to bribe their way before the security agencies manning the boundaries, and perhaps, the same security agencies helping to hide these men in some safe places before they could strike.

The implication is that our own security is now in our own hands. There is no pretence about it. We should not joke about it. We should therefore wake up, and be at alert. That is where a joint security outfit among contiguous states, like the Amotekun, which the South West geopolitical zone has proposed, but is now being drowned by the coronavirus palavar, has become necessary. 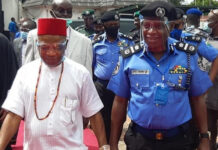 Igbos need industries not a Police zone By Edwin Chukwudire-Obi