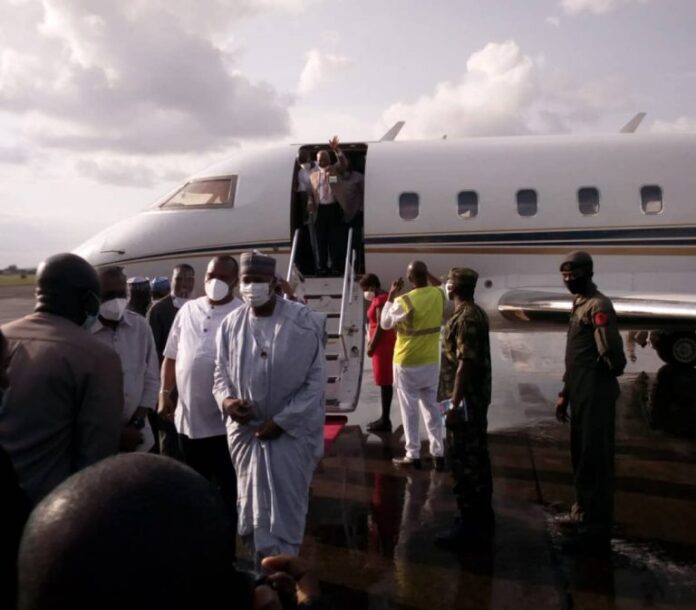 One year after the Akanu Ibiam international airport, Enugu was shut down, the first flight lands at the airport ahead of its official opening tomorrow.

The first flight to land at the airport is that of Anambra Oil magnate, Chief Arthur Eze who made history when his private jet 5N-PAZ became the first to land at the renovated and upgraded Akanu Ibiam International Airport, Enugu.

The Igbo philanthropist who flew alongside the Minister of Aviation Senator Hadi Sirika landed exactly 4:47 pm ahead of Sunday’s official re-opening of the airport.

Arthur was also the first to land at the airport when it was first upgraded to an international airport.

An elated Eze told Journalists that he is happy that his people of the South East now has a standard international airport.

He thanked President Buhari for the effort, as well as other interventions in the zone which he listed to include Enugu/Onitsha, Enugu/Porthacourt expressways as well as the 2nd Niger Bridge in Onitsha.

Also speaking, the Minister of aviation, Hon, Hadi Sirika confirmed that it will be reopened on Sunday, 30th of August, 2020.

He told journalists immediately after a final inspection, that tomorrow’s reopening is assured.

He said that he landed at the rehabilitated runway with private jet to confirm its quality.