The Movement for the Actualization of the Sovereign state of Biafra (MASSOB), have lambasted President Muhammadu Buhari for vowing to deploy the military and policemen against agitators of the Biafran state.

Buhari who spoke in an interview on Arise TV earlier on Thursday while reaffirming his comment on Twitter said: “We say we’ll talk to them in the language that they understand. We’ll organise the police and the military to pursue them.

“My government will use military power and policemen to hunt IPOB agitators wherever they’re gathered and brought to book whoever that is causing unrest to the peace of Nigeria.”

But reacting, the MASSOB leader, Comrade Uchenna Madu, in a statement declared that Nigeria’s days of existence are numbered, adding that Buhari was showing his ‘hypocritical and biased mindset’ to favour his fulani agenda.

He maintained that MASSOB cannot be cowed nor intimidated.

According to the group, “His (Buhari’s) address sounds so much pleasant to his Fulanistic sadistic minority tribe but it is full of hopelessness and group interest.

“Buhari in his inner sense of reasoning believe that with his kinsmen occupying the military and police positions of service chiefs including all the most senior military/police high rank offices/positions, he will easily crush Biafra. Maybe with his intimidating tendencies over Igbo religious, opinion, political leaders, he still think he can crush Biafra with the mindset of 1967-1970 Biafra-Nigeria war.

“MASSOB views Buhari’s constant negative comments on principal and primary issues affecting the very existence of Nigeria and Biafra consciousness as a sign of jittery and unsteadiness.

“MASSOB warned the people of Biafra not to panic over Buhari’s national address. We see President Buhari address as hypocritical and deceiving because he did not mean well for non-Fulani Muslims. Very soon, the Hausas will start their revolution of self identities.

“As every revolutionary struggle has its own methodology, the current Biafran struggle for actualization & restoration will continue to unfold confusing methods to President Buhari. The involvement of other regional ethnic indigenous people including Niger Delta freedom fighters, the intense struggle for the independence of Oduduwa Republic and Middle Beltan Peoples Revolutionary movement alongside Biafra struggle will continue to hunt the Fulani people.

“Buhari’s military civilian administration is the worst government Nigeria ever experienced, his leadership style of enforcing & imposing Islamic Fulani agenda on the rest of Nigeria people is tremendously assisting and justifying our struggle for Biafra actualization, Buhari’s stubbornness and Islamic fundamentalism against the Christian Southern, Eastern & Middle Beltan regions have reawakened the consciousness & thought of future survival of the people of this regions.

“We want Nigerian President Buhari to continue to make similar statements of this kind which always expresses his frustrations. Any king who thinks like Pharaoh of Egypt against the Jews will certainly experience the doom of Pharaoh. No man born of a woman can crush Biafra because God, History and Humanities are on our side, Biafra revolution is in destructive.

“MASSOB wishes to inform President Buhari that threats and detention of non-violent Biafra freedom fighters, killings, persecutions, mesmerizations, suppressions and oppressions of Biafrans including clampdown on non-violent and armless agitators because of our agitation for self rule only worsens the problem and underscores Nigeria as a creeping and repressive colonial state.

“Colonialism as we must know, does not necessarily bear a white face as most think. Any group that confines another to second class citizenship, and or denies another their full rights and autonomy to political, cultural and economic development is just as guilty of colonialism as the traditional White colonialists we are all familiar with, and herein lies Nigeria’s dilemma.

“A state where prejudice, tribalism, exclusion and hate are elevated while nation-building is ignored, a state where it seems the only logic for unity is to share oil resources and not on the basis of consent, mutual respect, fraternity and shared brotherhood.

“For these reasons, true nationhood has remained stillborn, peace has remained elusive and Nigeria has remained in perpetual strife and ever increasing crisis since her founding. These undeniable realities are the reason the Nigerian state is afraid of Biafra and her agitators because we speak of a truth they cannot legitimately counter. We speak of a truth they know they are guilty of, so out of weakness and fear, they resort to repression, persecution and detention.” 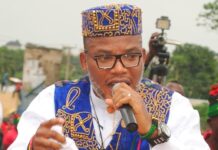 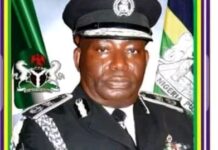 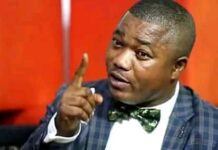