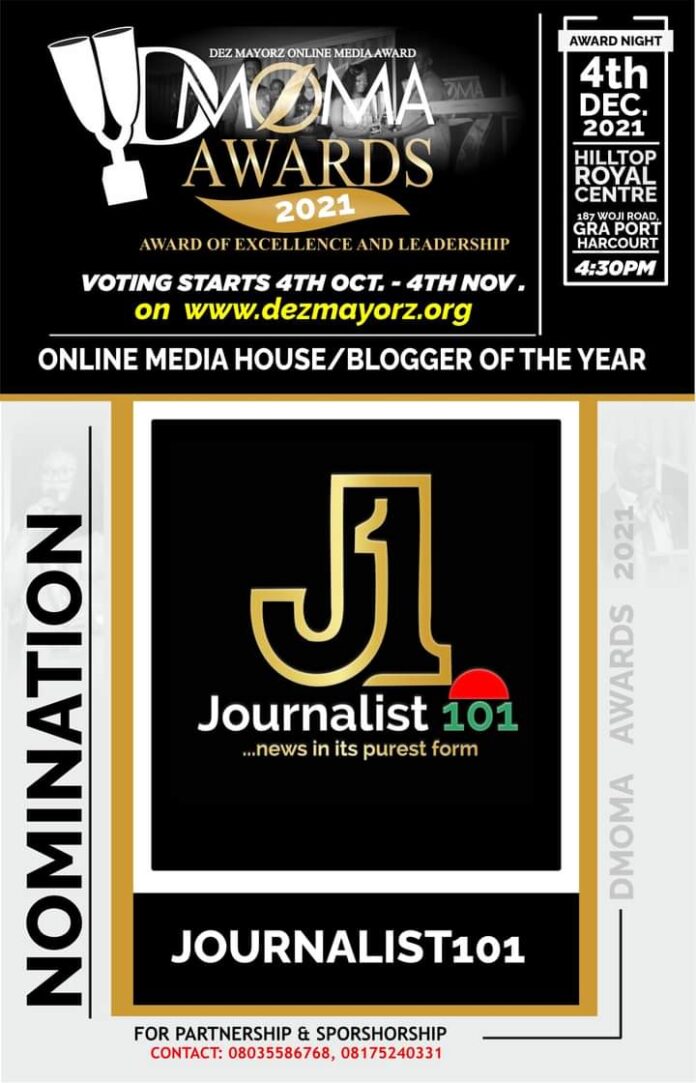 Journalist101 has emerged the winner of ‘The Online Media House/Blogger Of The Year’ in the DMOMA Awards of EXCELLENCE and Leadership which is Powered by Qoorier Limited.

Also, the Governor River State, Nyesom Ezenwo Wike, will be receiving the award of the ‘Uncommon Governor of the year.’

In a press statement by the organisers of the  prestigious DMOMA Awards announcing the list of awardees in the various categories for the 2021 DMOMA Awards, “the nominations for these awards are unique in the sense that, apart from coming from a cross section of the country, they reflect the future as they are predominantly influenced by the youths.

“From across the country, 950 individuals/organisations were nominated and 60 of them won in the various categories. They shall receive their awards on 4th December, 2021 at Royal Tent Event Center, Woji, New GRA, Port Harcourt at 6pm.”

Below is the full list of the winners of the various categories as well as those recognised for their contributions to the society.

1. Senator of the Year.
– Senator Enyinnaya Abaribe
(For effective representation in the Senate).

7. Recognition Award for the conduct of free and fair LGA elections in Rivers State.
– Justice George Omereji (Chairman of RSIEC).

37. Company of the Year.
– La Sien Bottling Company. and
– Okas Wike And Partners.

READ ALSO  Car, over one million naira to be won at SRTV talent hunt/award 2020

48. Entrepreneur/Businessman of the Year.
– Peter Ezeh Okafor. (Pilloo And Brothers). 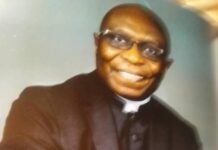 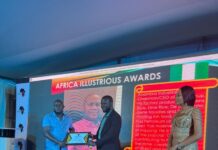 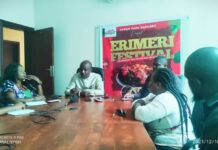