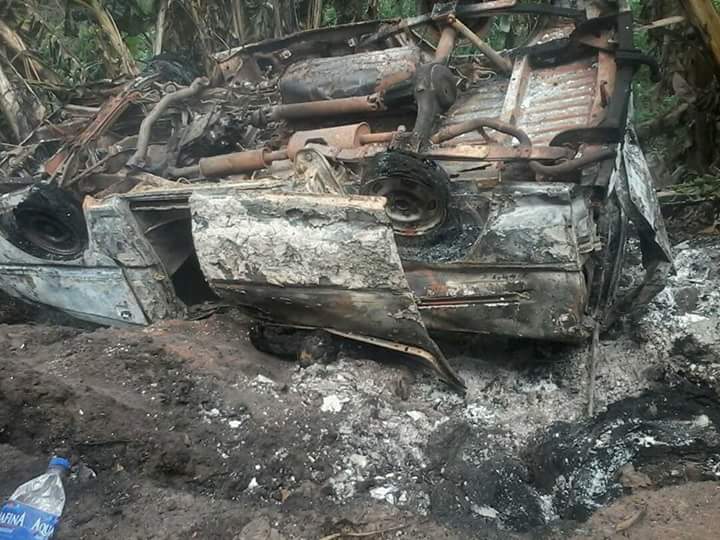 The city of Enugu was thrown into tension as news went round town that a commercial bus fully loaded with 16 passengers fell into a ditch around Milliken hill, causing the death of a number of passengers.

Information reaching our news desk revealed that some officers of the Nigeria Security and Civil Defence Corps were chasing a commercial bus driving for alleged wrong parking  at Odegba, New Market. When the driver refused to stop, they shot at the bus causing it to move off from the road and landed in the dangerous valley of the hill causing the vehicle to go up in flames which lead to the death of many of passengers.

Unconfirmed reports have it that one of the Civil Defence officers have been arrested and investigation is on going.

Meanwhile, men of the Federal Sars have been deployed to guard the state’s NSCDC command as motorists were said to have staged a protest in front of the command.