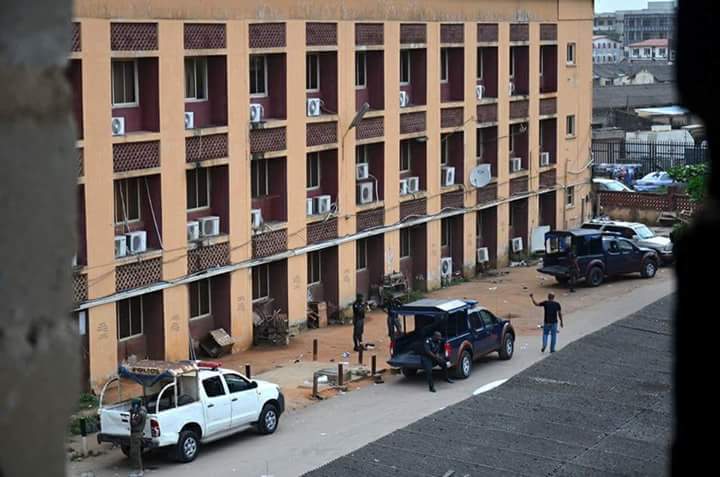 Concerned Nigerians, A Pro-Democracy Group in Nigeria dedicated to the rule of law, good governance and anti-corruption have come out to condemn the attack by the Nigeria Police and DSS on the Nigeria Bar Association.

In a statement by the Group’s National Publicity Secretary, Theophilus Abu Agada, the group described the attack as an affront on Democracy.

Below is a full address released by the group:

“The attack yesterday on the Nigerian Bar Association, Ikeja branch by the Nigerian Police and the DSS is an affront on our nascent democracy and another testament that Nigeria, under president Muhammadu Buhari is fast drifting into fascism.

Since this administration came on board in 2015, there has been a relentless onslaught on our Democratic institutions like the Judiciary, legislature and even the fourth estate of the realm, the Media.

The right to join fellow agrieved citizens in protest is critical to a functioning democracy. The Nigeria Police and other security agencies often times violate this very right through means intended to prevent people from expressing themselves.

It is not out of place for citizens to make informed decisions such as protesting on the streets while also working to expose corruption, Injustice and the abuse of power.

People must be free to seek, receive, share opinion and information online and offline without being arrested or harrased by the authorities.

We must ensure that the safety of human rights of journalists, lawyers and public commentators are protected

We will resist any attempt by the government to stifle debate on matters of public interest.

The United Nations human rights resolution which Nigeria is signatory to, allows everyone to hold opinions without interference.

The siege on the Nigerian Bar Association, office, Ikeja branch and the subsequent arrest of it’s chairman Mr Adesina Ogunlana over planned protest against the Lagos Land Use Charge is another attempt by this despotic government to bully lawyers and individuals into submission.

Moreover, we are calling on the government to be responsible and stop hounding citizens using the instrumentality of the state.

READ ALSO  2019 presidency: Fr. Obimma reveals how Nigeria will be after election