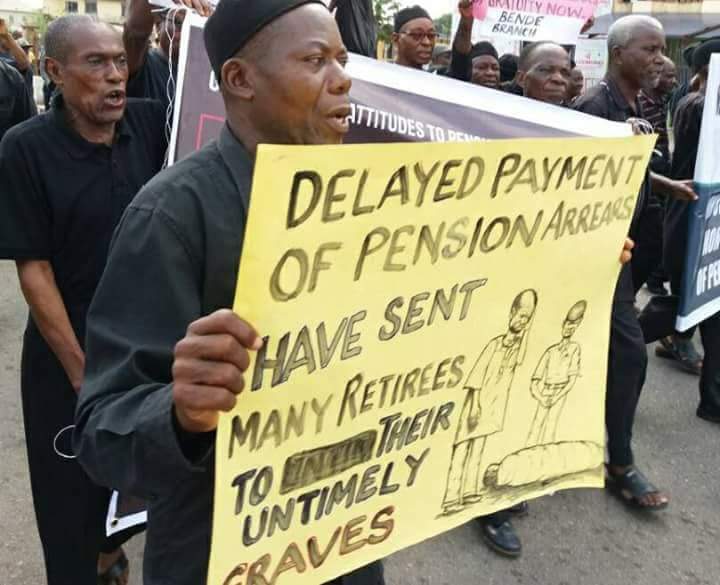 One of the biggest lies of the Okezie Ikpeazu led government in Abia state has been unmasked following the strike action embarked upon by staff of Abia State Polytechnic, Aba.

In response, Ikpeazu’s Media men called our party APGA and Dr. Alex Otti ames like “Ignoramus,Confused, Liars, Desperadoes etc. They also accused us of being infantile and without facts.

Let me repeat here that on assumption of office, Dr. Okezie Ikpeazu’s led government announced the sack of dozens of unqualified and unproductive staff of the institution. Ikpeazu premised his action on his claimed quest to sanitize the institution, and as at that time staff of AbiaPoly were owed six months salary arrears.

To be honest, we applauded the Ikpeazu led government because we felt there was need to sanitize the institution which was swiftly drifting to disastrous path. We also challenged governor Ikpeazu to ensure he kept to his words, unfortunately, shortly after the sack of those unqualified and unproductive staff, the governor allegedly went through the backdoor to recruit much more people than the number previously sacked.

We heard that most of the unqualified people that were later recruited were relations, friends, relations of friends, supporters etc. We refused to discuss the abuse from that point of view, because it’s not in our character to trivialize sensitive issues, because we’re neither clannish nor petty.

Yet we raised an alarm, but we were once again dismissed as noise makers, unfortunately the situation at Abia Poly has taken an alarming and embarrassing dimension.

How can you defend the contradiction of sacking less number of unqualified staff only to go back and recruit more number of the same unqualified workers?

How can you defend the fact that you met 6months salary arrears, but now you’re owing 11 months after you claimed to have sanitized the institution?

I remember my friend Onyebuchi Ememanka, Special Adviser to the governor on Public Communications speaking grammar up and down narrating the sad situation of abuse and financial malfeasance ravaging the institution in defense of Ikpeazu’s action then, I’m yet to hear him analyze the ongoing Ikpeazu led mess and total destruction of Abia poly.
Why would my friend activate hid silent mode at this critical moment after dissipating enormous energy a few days ago doing the most ridiculous comparison ever between the guru, Alex Otti and the caged godson, Okezie Ikpeazu, in his calamitious attempt to write Otti off.

Like late Chief Obafemi Awolowo once said, “Whenever I’m doing anything, I’m always with my facts, people may accuse me, but cannot accuse my facts”

Whenver the Ikpeazu led government cantankerously unleash their media onslaught against the opposition, we laugh them off because we know that they are a dangerously corrupt and clueless government that is very much afraid of scrutiny.
We shall come back to the issue of financial crime which the present government has committed in Abia Poly, yes we shall, because we have facts and figures.

Very soon, Abia State University, Uturu might be the next victim, since the Vice Chancellor wants to turn himself to Ikpeazu’s Commisioner for Information and Endorsements, and ABSU to the political arm of Abia state government.

In his latest interview published in The Sun Newspapers of Sunday, 8th April, Dr. Alex Otti made reference to the situation at Abia poly, sighting the case of his Visitor who said that his wife was being owed ten months salary arrears as at the time of the interview.

Many little mind Ikpeazu defenders went naked and mad in a bid to justify their monthly stipends as they fruitlessly attempted to denigrate Otti for daring to tell their “Chi” the bitter truth. Some of them even created anti Ukwa Ngwa news headlines and quotes on facebook and ascribed them to Otti, waiting for Otti and his supporters to dissipate energy in dignifying their incurable idiocy. Unfortunately they have all disappeared to God knows where after Abia Poly staff vindicated Otti and indicted Ikpeazu.

The Ikpeazus have always been quick in asking the opposition to support and and cooperate with the Ikpeazu led government, but they have equally repeatedly proven that the request is a cheap political statement aimed at hoodwinking the uninformed, going by the hostile vituperations they dish out against anyone that tries to guide them aright.

With the latest vindication of Otti and and the opposition in Abia concerning the situation in AbiaPoly, it’s clearer that the Ikpeazu led government cannot be redeemed, especially by their nemesis Alex Otti whose wise counsel is consistently dismissed at the expense of the suffering masses. 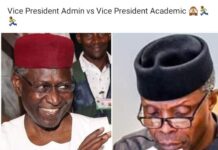 Buhari Have Used and Dumped Tinubu then Sends El-rufai to Insult Him – Reno Omokri.

NEWS:Nnamdi Kanu explains why he ran away from Nigeria, abandoned his followers