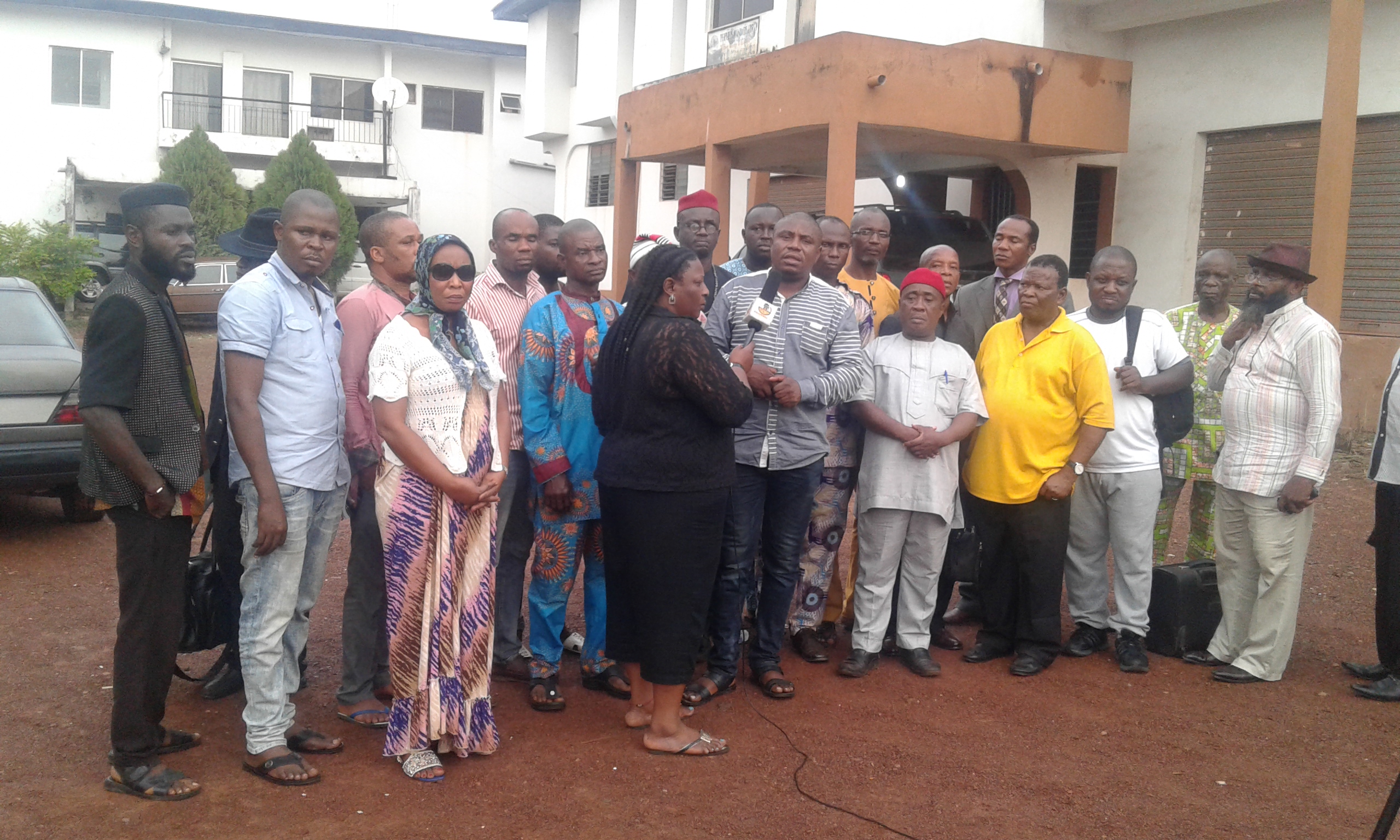 Rising from their meeting this morning that lasted throughout the night, leaders of over 20 Pro-Biafra groups that attended the meeting in Enugu stated categorical that they won’t be part of the burial of Late Col. Achuzie- one of the major key players during the Biafra civil war.

The statement from the group which was signed by Uchenna Madu of MASSOB reads;

“Following the position of the family of Late Biafran General, Pa Joseph Achuzia, in which they categorically banned Pro-Biafran Groups from participating in the burial, and threatening to deal with Biafrans who appear at the burial like Biafrans. After our meeting on 10th, April 2018 in Enugu, the coalition of Pro Biafra groups- which represents 24 Pro-Biafra Groups, wishes to state as follows:

1. We in the Biafra Movement frowns at such reprehensible stance by the family and without fear of contradiction maintains that its a shame that such a position was taken in the burial of a great Biafran-who lived all his life defending Biafra/Biafran(s).

2. ‎In as much as Achuzia may have had a great many laurels to his name, he was best known for defending Biafrans and whatever it stands for. He was a warrior of the Biafran war and Secretary General of the Supreme Council of Elders of the remnants of the Biafra people, and remained in active service even in old age till death.

3. ‎ We received with rude shock the position of the Family and see it as a great insult in the collective intelligence of not just Biafrans, but also that of late Achuzia who have also attended several Biafracentric burials in his lifetime and also wished to be buried as a Biafran.

4. ‎ It is on record that our late leader had specifically stated during his lifetime, that three categories of people should be allowed to bury him, including Pro-Biafran groups. Therefore, the position of the family goes contrary to the wishes of their late Father and as such, could attract curses upon those who have thwarted the last wishes of “Air Raid”.

5. ‎ We have waited patiently for a possible change of heart by the Family, but they have vehemently decided to stand against the wishes of their late father for reasons best known to them hence the reason for this public statement.

6. ‎ We will stay away from the said burial and allow the spirit of Late Achuzie which obviously is boiling in anger and total disappointment for burying him without the input of Pro Biafra organizations. Like the Pontius Pilate, we are washing our hands from this calamitous act perpetrated by Late Achuzie’s family.