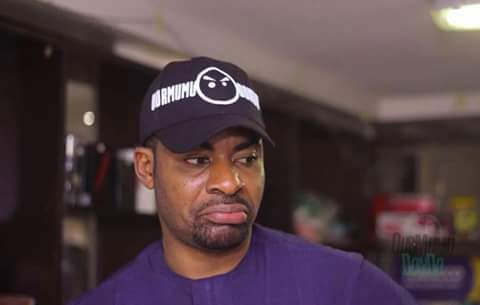 Operatives of the Federal Capital Territory Police Command, on Friday, dispersed members of the Islamic Movement in Nigeria protesting the continued detention of their leader, Ibrahim El-Zakyzaky.

The policemen also arrested an activist, and Convener of a civil society group, Concerned Nigerians, Deji Adeyanju, who has been championing the daily rallies by the Shiite group for the release of their leader by the Federal Government.

Adeyanju was arrested at the Unity Fountain, Maitama, during a sit-out which was disrupted by the police officers who fired tear gas at the participants.

The activist’s arrest is coming a few days after the Buhari Media Support Group called for his detention over comments made by him on Channels Tv breakfast programme, Sunrise Daily against President Muhammadu Buhari on Tuesday.

The group, in a statement by its chairman and secretary, Austin Braimoh and Cassidy Madueke respectively, noted that during the programme, the activist claimed that President Buhari upon landing in the United Kingdom, was immediately whisked to a hospital.

BMSG noted that the statement was capable of inciting unrest and instability in the country.

“Deji Adeyanju is notorious for his mischief and falsehood. He does this deliberately to incite the public. He is also known for his media consultancy with the Islam Movement of Nigeria on whose platform he has called for civil unrest across the country against the government.

“He has also taken to the social media several times to make completely false statements against the government, most times implicitly calling for anarchy,” the statement said.

Adeyanju had in his reaction to the statement said, ”If they don’t arrest me, then they are lily-livered.”

The FCT police spokesman, Anjuguri Manzah, has yet to respond to calls and SMS inquiring about Adeyanju’s arrest.