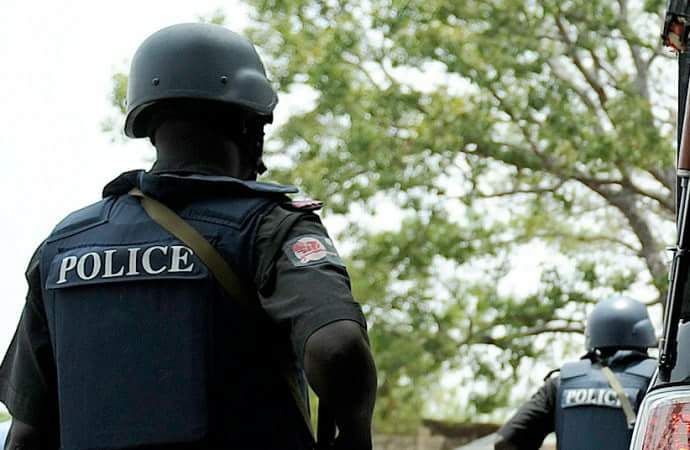 Daily Trust on Sunday gathered from conflicting witnesses that the incident occurred after a misunderstanding ensued between some policemen drafted to keep surveillance at the IDPs camp in Daudu and commercial motorcycle riders in the area.

It was learnt that the disagreement between both parties degenerated to such extent that one of the police personnel opened gunfire and shot at three people-two male and a female.
Witnesses said that the female who was among those taking refugee at the camp, having suffered displacement occasioned by the January 1st sacking from their rural communities by suspected herders was instantly killed by the police bullet.
The other two male victims were said to have sustained serious injury and have been taking to the hospital for treatment.
But, the State Commissioner of Police, Fatai Owoseni, in a response to the text message sent to his mobile telephone line on the development simply replied that, “no IDP was killed.”
Similarly, the Executive Secretary of the State Emergency Management Agency (SEMA), Emmanuel Shior, said the girl killed was not an IDP and that the incident happened between the police and youths in the area who flouted an order not to operate their commercial motorcycles beyond 11pm.
Shior also said that the police was not responsible for the killing as the bullet was shot by one of the youths who mobilised to free their colleague from the police, stressing that the arrest was earlier made at night while on the other hand the deceased victim had a score to settle with of one those irate youths who allegedly recently threatened her.
The SEMA boss added that from his investigation, the girl’s killer was among the angry youth who took the advantage of the chaos between the youths and police to actualise his threats on seeing her at the scene of the incident which took place within Daudu but not in the camp.
However, another witness, who said the incident occurred exactly yesterday at 11:30am, near the camp identified the 14-year-old deceased as Queen Zoho, who had been staying in the camp with her mother, Paulina since their displacement from their village.
The witness alleged that pregnant Queen had gone in search of water that morning and on return, met the crowd close to the camp with some IDPs taking sides with the arrested youths protesting for the release of their colleague.
It was gathered that the deceased joined the IDPs who were by then already stoning the police and in the midst of the confusion, one of the police personnel pulled his trigger, killing the teenager instantly and wounding two others.
Meanwhile, the Police commissioner was said to have visited the scene of incident and held meetings with all those involved in the fracas. The Daudu camp is one out of the eight IDPs location in the state.
(Daily trust)
READ ALSO  2018 BUDGETS: SUBMIT YOUR REPORT WITHIN 24 HOURS- SENATE PRESIDENT