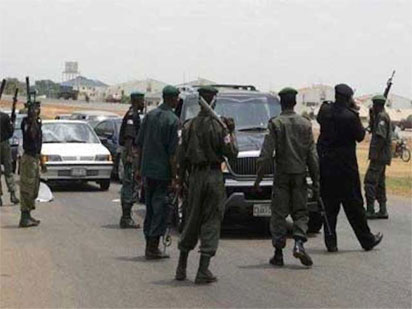 Benue State Police Command on Monday confirmed the killing of four of its men by bandits  suspected to be Fulani herdsmen.

The Command spokesman, ASP Moses Yamu in a statement said the ugly incident happened at Anyibe, in Logo Local Government Area of the state.

Logo and Guma local government areas have been under severe attacks of suspected Fulani herdsmen since the New Year, resulting in loss of lives.

Yamu, in the statement issued, stated that the Policemen came under the fire of insurgents at Anyibe, Logo LGA between 18.00 hours of Sunday and early Monday morning.

“Sadly at the moment, four casualties have been suffered by Police,” Yamu noted.

Yamu said that additional reinforcement, including the air asset of the Police, has been deployed by Inspector General of Police, Ibrahim Idris.

The PPRO expressed assurance that the attackers would soon be arrested and be made to face the wrath of the law.