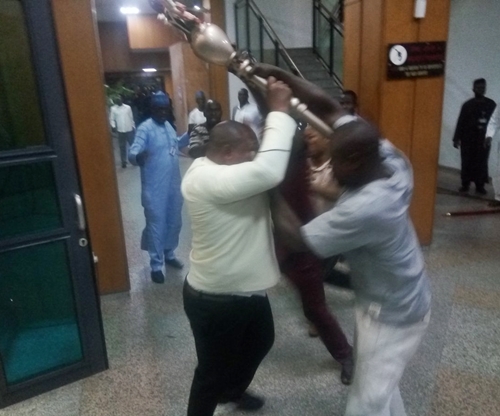 According to a report by TheCable, the suspended senator, Ovie Omo-Agege, has returned to the upper legislative chamber after leading some persons to snatch the mace.

Recall that we had reported earlier that some suspected thugs invaded the National Assembly’s chamber and made away with the Senate’s Mace after disrupting the lawmakers’ plenary session.

It was gathered that about 10 suspected thugs who came to the venue with the senator forced their entrance into the chamber, and few seconds later, the thugs ran out of the chamber with the mace causing pandemonium in the Senate.