The name Nnamani Sampson might not ring bell to the world but to those who have benefited from his immense service to humanity, Mr. Nnamani is a living God.

Hon. Nnamani, the Chairman of Odera Group of Company has left a mark in his home town- Akpofu in Nkanu East Local Government Area of Enugu State. His pivotal position in his town is best explained by the title bestowed on him by his people “Alusi Akpofu” which means the defender of his people as Alusi in Igbo land means a god.

Hon. Nnamani deserves every accolade from man and even the gods as he has paid his dues and lived a life worthy of emulation. He contributed to 80% of the basic amenities in his home town, he has given scholarship to over 120 indigent students. So many families exists practically because of his large heart and love for humanity.

His service to humanity crisscross the entire Nkanu land and beyond little wonder, the entire students of University of Nigeria Nsukka found him worthy to be honoured by them for his numerous human capacity building activities.

Hon Nnamani received the award today at the University alongside the Min. Of Information Alhaji Lai Mohammed, Prof. Chukwuma Asogwa of University of Abuja and Hon. Barr. Victor Mgbekiofor from Oji River. 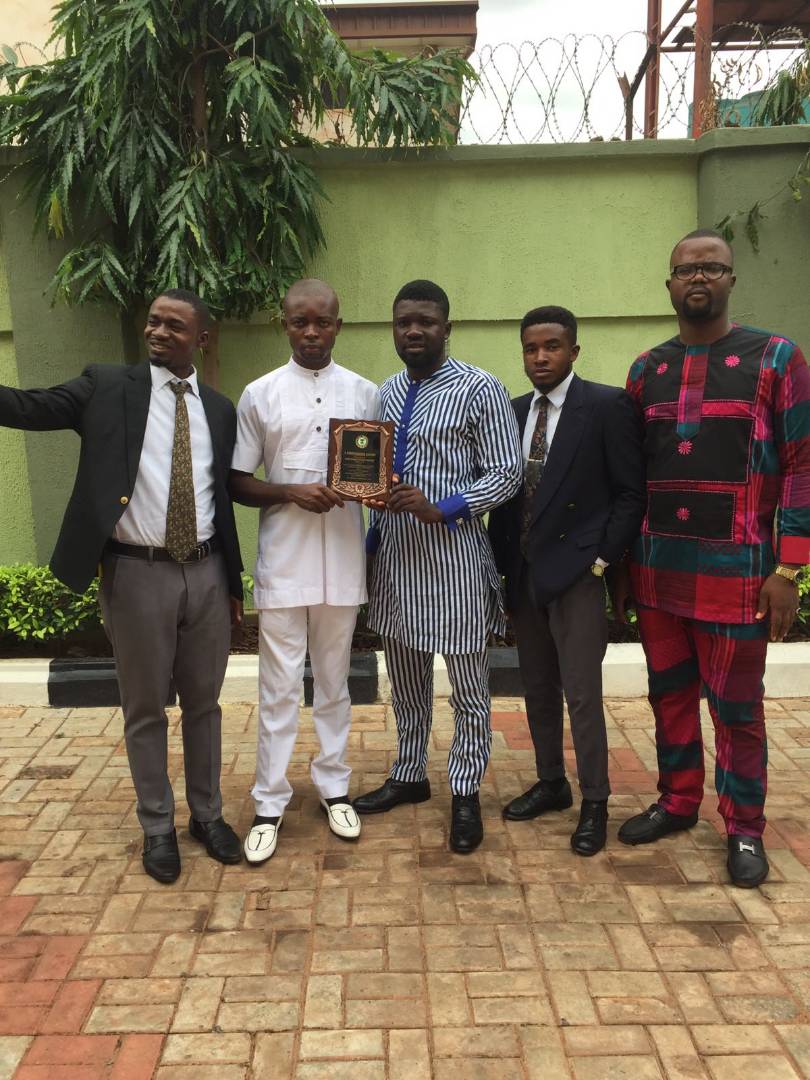 Receiving the award, Hon Nnamani who was represented by Engr. Obinna Nnamani thanked the entire students for finding him worthy to be awarded by them. He told them that for this honour, he will double his efforts in ensuring that the world is a better place for the downtrodden in the society. He went further to promise the student body that they shouldn’t fail to always call on him whenever his attention is needed as his door is always open to accept and listen to them.