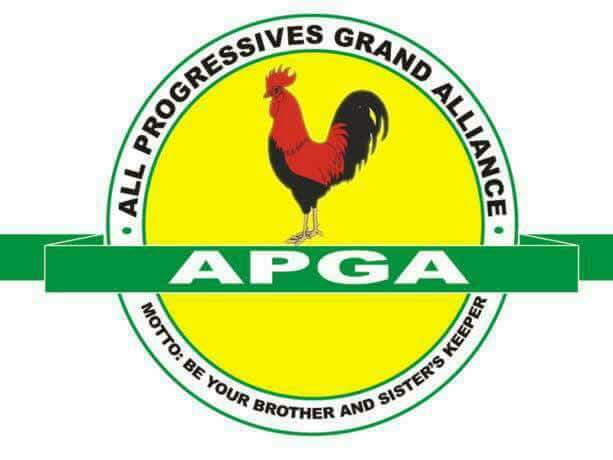 The Abia state chapter of the All Progressive Grand Alliance have accused Governor Okezie Ikpeazu for being responsible for the death of a lecturer in the Abia state Polytechnic, due to his non payment of salaries.

In a press release made by the state chairman of the party, Rev. Augustine Ehiemere, he stated that the governor should be held responsible for the death of the lecturer and other bad policies in the state ranging from non payment of workers salaries, alleged inflation of road contracts for the purpose financial mismanagement, double taxation and illegal levies on Abia residents.

“The attention of the All Progressives Grand Alliance (APGA) Abia State has been drawn to the sad news of the untimely death of a respected Abia Poly lecturer and the former Dean of Department of General Studies, Dr. Achi Uche.

APGA is heavily pained that a citizen of the state who passionately dedicated his time and energy while alive impacting knowledge on his students and the society at large could be left to die so untimely and in a pathetic manner that has left his family and students in a state of inexplicable devaststion.

READ ALSO  2019: PDP issues a stern warning to her supporters

APGA and her leaders are saddened by this unfortunate development and thus state the following:

1. That since investigation has revealed that Dr. Achi Uche was sick but lacked the needed funds to obtain adequate treatment in the hospital due to the failure of the Okezie Ikpeazu led Abia state government to pay him his accumulated salary arrears to enable him obtain adequate treatment, and that this was worsened by alleged quit notice issued to him by his landlord for his inability to pay his house rent, we are therefore compelled to hold Okezie Ikpeazu and the PDP responsible for the death of the Abia Poly lecturer, Late Dr. Achi Uche

2.That the confusion and disorder being witnessed at Abia Polytechnic almost three years since Dr. Okezie Ikpeazu became visitor to the schoo, and after carrying out series of appointments and changes in the leadership of the institution at different levels, exposes the insincerity and unseriousness of the Ikpeazu led government in lifting the standard of the institution.

3. That not too long ago, all students of Abia State University, Uturu (ABSUU) were asked to go home and source for their school fees before they could write their exams, after it was discovered that majority of the students of the institution were unable to pay their school fees few days to the commencement of the said exams. This speaks volumes on the alarming rising poverty level in Abia state and which Ikpeazu’s bad policies of non payment of workers salaries, alleged inflation of road contracts for the purpose financial mismanagement, double taxation and illegal levies on Abia residents etc, are contributory factors.

4. That rather than sit down and articulate the challenges of his office to enable him render quality leadership to Abians, Ikpeazu is concentrating his time and energy, as well as wasting Abia resources seeking 2019 re-election endorsements and awards from all directions in his desperate bid to boost his popularity and acceptability, even in the midst of those who do not care about Abia state.

5. That Ikpeazu should without further delay ensure the resolution of the industrial dispute which has crippled academic activities in Abia Polytechnic by making sure that the striking lecturers are paid their accumulated salary arrears which they worked for. This should be urgently done to avoid further deaths in the school.

6. That the Okezie Ikpeazu led Abia state government should ensure that adequate compensation is paid to the family of the deceased lecturer as a way to mitigate the pains and suffering they might be facing now.