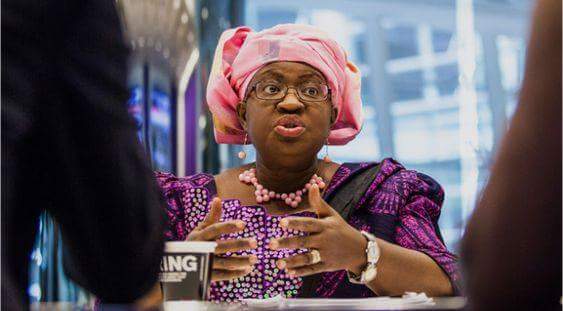 Former Minister of Finance, Ngozi Okonjo-Iweala has revealed that the National Assembly forced the Goodluck Jonathan administration to part with N17billion before they passed the 2015 Budget.

According to her, it came at a time crude oil price had gone down drastically.

The N17billion alleged bribe, according to Okonjo-Iweala in her book ‘Fighting Corruption is Dangerous: The Story Behind the Headlines’, was besides the National Assembly’s N150billion annual ‘standard’ budget.

Her words: “The legislature was concerned largely about three things—the size of its own budget; the nature and the size of the capital budget, particularly investment projects; and the number and geographical location of the projects.

“Senators and Representatives felt that their role as appropriators of the budget was not just to vet and approve budget parameters and oversee budget implementation, but also to shape the size and content of the budgets, including details of specific projects.”

She said members of the National Assembly Finance and Appropriation even felt ”they had the right–indeed the duty–to get into the details of the budget formulation and preparation process all along the budget value chain.”

But she explained that “not all National Assembly members supported these unfortunate manipulations of the budget.”

“Their operational budget had ballooned to N150 billion or 16 per cent of the budget and almost 3.5 times the 2006 budget (in naira).”

Okonjo-Iweala said when it was proposed that the lawmakers should give up some of their benefits in view of dwindling revenue in 2015, they refused to do so.

“By the time we presented the budget on December 16, 2014, oil prices had fallen further to $58 per barrel.

“We were prepared and we knew we had to trigger the additional expenditure and revenue measures in 2015 to make the budget work.

READ ALSO  Another appointee of the Senate President resigns

“This would be tough, given that we had entered an election year,” she said.

“But eventually, they agreed to a 13 per cent cut against a backdrop of ministers accepting a voluntary 50 per cent cut to their basic salaries.

“We insisted the amount be dropped because it nullified the 13 per cent cut made to their statutory budget, but managed to reduce the N20 billion figure by only N3 billion to N17 billion.

“This became the price to pay to have the 2015 budget passed.”