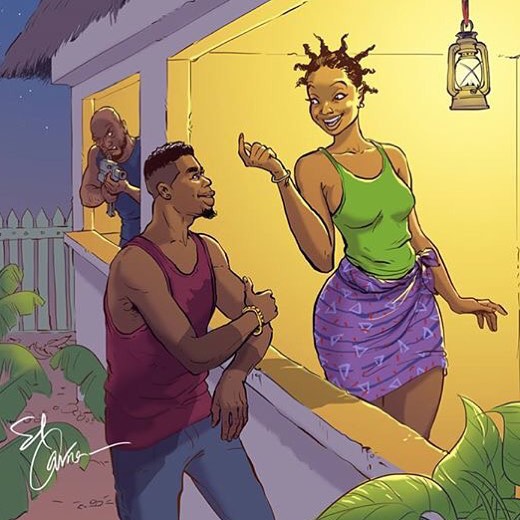 Any marriage-related issue that intending couples refuse to deal with before marriage would wait for them after marriage.

Here are some of the issues experts believe people need to talk about with their partners before they tie the knot.

Previous scientific studies have shown that when people fall in love, it is akin to being ‘high’ on certain drugs, because meeting someone special activates the same brain cells as when one takes cocaine and other such substances.

This good feeling, sometimes, makes people rush into marriage, especially if one of the couple had been under pressure to get married.

But it has often been said that good communication and openness, among other factors, are essential ingredients of a happy marriage, which explains why marriage counsellors and psychologists always advise that intending couples need to discuss certain things before marriage. And this goes beyond the questions new acquaintances ask themselves.

The experts maintain that any marriage-related issue that intending couples refuse to deal with before marriage would wait for them after marriage.

Here are some of the issues experts believe people need to talk about with their partners before they tie the knot, not entirely because it must influence their decision, but to manage expectations:

1. Any habit that makes the other person uncomfortable

Given that no two human beings are the same, whether in reasoning or character, the future of a relationship lies partly on how both persons are able to accommodate each other’s differences. Hence, intending couples should ask their partners anything about their character they are not comfortable with, to see if there is a reason for such behaviour or see if it could be moderated, so that they could both dwell in an atmosphere devoid of rancour. This could include dressing style, personal hygiene, pets, ability to forgive easily or say sorry, etc. A psychologist, Dr. Andrea Bonior, said, “It’s a good thing when we can be exposed to a perspective far different from our own, but eventually, our own habits may remain what we’re most comfortable with — and if our partner’s style continues to be quite different, what used to be enticing may turn downright annoying. Are you assuming that your partner will magically become a different person, even in terms of something relatively small? Think again. And if you choose to marry someone, you must choose to take them as they are, end of story.”

2. How family finances would be shared

According to Bonior, one of the things that can readily cause friction in the home is how bills would be shared, and this ranges from house rent, money for food items, children’s school fees, money for parents’ upkeep, money for domestic needs, etc. While some believe a man should be responsible for paying all the bills in the house, as the head of the family, some believe the wife should also take up some bills as long as she has the capacity and some others believe the person with the higher income should volunteer to do more. If this is not sorted out, experts say it is a potential cause of conflict. “The more you talk about it, and the more honest you are with yourselves and each other about what you bring to the table in terms of your money attitudes and how they will be resolved, the better foundation you build in your marriage,” she added.

People’s nature differs as it affects their behaviour, how they react when angry, how easy it is for them to move on when offended and how well they handle stress, which explains why couples should talk about how they react in certain situations, more so that people tend to change when under stress. She said, “Even more important is how the two of you handle stress together; do you retreat and isolate, or connect to resolve things as a team? In general, the healthiest marriages have respectful and honest communication without game-playing, passive-aggressiveness, personal attacks, or power trips. Examine your styles of handling conflicts and see if there is room for improvement.”

4. Thoughts on number of children and if gender matters

This is one very important factor that could easily cause unrest in a home. Experts advise that couples should have an open, comprehensive discussion about how many children they want to have and agree on whether the gender of the children would matter and what would happen in case infertility issue comes up before they get to the number they agree on. Without this discussion, there have been instances where people, especially men, resort to extramarital affairs to have the number of children they truly desire or to have a particular gender. Bonior added, “If each of you vaguely imagines having two children, that might sound like you’re perfectly compatible on that score. But what if after one child, one of you absolutely wants to stop? What happens if infertility is an issue – how hard will you continue to try, and how do you feel about adoption? What happens if one person still has the itch for more children after the second one? It’s important to dig deeper.”

Not all persons can cope with a partner that is given to drugs, or alcohol, especially if they don’t take. Thus, it is important for couples to discuss beforehand if they can bear the partner’s appetite for such substances, so as to avoid conflict, more so that these substances are addictive. And for social media, whereby some prefer to post every picture they take on the social media, while some rarely do, citing privacy as their reason. Perhaps this is important because a partner who posts everything personal on the social media would likely post pictures of their children, which might not go down well with the other partner.

6. When to involve third party

Usually, in marriage, the golden rule is that whatever transpires, including need for help or even conflict, stays within the home. But, there are instances where innocently or out of genuine concern people spill the beans, which could be to the chagrin of the partner. Thus, to avoid issues, people should set some rules. Bonior said, “Are you okay with a husband who asks his mother for marital advice? There is no right answer about how much to share with friends and family, but the more you are on the same page, the better off and less blindsided you will be.”

In the African setting and in some other climes, in-laws are almost an integral part of the home. Thus, people are always advised to speak out on whatever reservations they have about their partners’ family before they tie the knot, else it might pose problem to the marriage, because it may not fade out. The solution might be for the two families to talk about the issues.

In the past, this was hardly an issue of discourse, as women were traditionally expected to do most of the chores at home, but things have changed. Thus, intending couples are advised to deliberate on how to share the chores at home so as to avoid incessant quarrels and expectations that may never be met. Bonior said, “Unfortunately, even couples who have a comfortable division of responsibility pre-marriage can often be thrown into resentful conflicts once circumstances change: the addition of a baby, a change in a partner’s job or commute, or a bigger house with new types of maintenance needed.” Thus, there is need to talk about this issue.

9. Closeness to opposite s*x

ingle with persons of the opposite se x. Thus, people are often advised to agree on what they would not be able to bear, such as taking out a colleague of the opposite s ex for lunch. Bonior added, “Every couple must define for themselves what they are or are not comfortable with. And the more you pretend that it will all magically work out even when there are differences, the more you set yourself up for feeling betrayed.

10. Expectations or preference about s*x

No doubt, religious teachings advise that people should shun premarital s ex, but one question intending couples could ask each other, without having slept together, is if the other person likes s ex and how often they would wish to have it when married. This would help to balance each other’s expectations and help them to know what to expect.