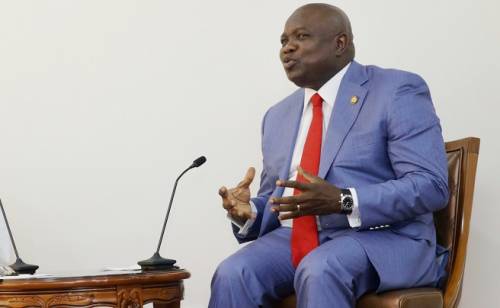 The chairman of a local government and the chairmen of three local council development associations are among a number of All Progressives Congress (APC) members and leaders in Lagos State who endorsed Akinwunmi Ambode, Governor of the state, for second term on Wednesday.

According to Habib Haruna, the Chief press Secretary to the Governor, this happened on Wednesday in Epe where the party elected its delegates for the presidential primary election and national convention of the party.

Part of a statement by Haruna revealed that “the party leaders and faithful in the division took turn to affirm their unalloyed support for the second term bid of the Governor”.

Youth in the division also staged a peaceful protest displaying placards of various inscriptions to affirm their support for the Governor’s second term bid.

Lagos State has 20 local governments and 37 local council development associations, the chairmen of which are central to grassroots mobilization in the direct primary system.