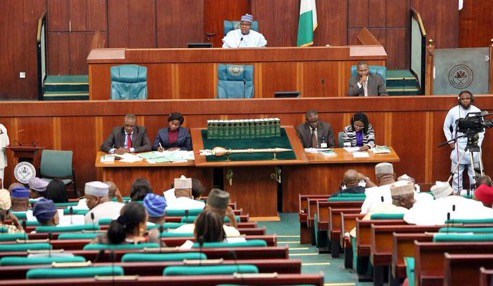 The House of Representatives on Wednesday passed for second reading, a bill seeking to abolish age barrier in government employment.

This indicates that job seekers are one step closer to gaining employment in Federal Government Ministries, Agencies and Departments (MDAs) without discrimination of age.

The bill, with the long title “Bill for an Act to Eradicate the Age Discrimination against Job seekers in Federal Government Agencies; and for Related Matters (HB. 1502)” was sponsored by Sergius Ogun (APC, Edo) and Babajimi Benson (APC, Lagos).

Mr Ogun, while moving the motion for a second reading, said the new law will ensure that no Nigerian job seeker is disqualified from government employment on the basis of age.

He added that the bill will first take effect on federal government MDAs before other sectors.

“It is a key responsibility of we parliamentarians, as representatives of the people, to ensure that no Nigerian job seeker is discriminated against with regard to age in employment opportunities in Federal Government Ministries, Departments and Agencies (MDAs),” he said.

Mr Ogun added that the adopting that measure will curb the menace of unemployment in Nigeria.

As part of the reasons he gave for his colleague to support the bill, the Edo lawmaker cited incessant industrial actions by the Academic Staff Union of Universities (ASUU) that has prevented students from graduating in the appropriate time.

Babajimi Benson, who co-sponsored the bill, while giving his submission pointed out that apart from age, sex, religion and ethnicity are other variables in which discrimination is rampant in Nigeria.

“I therefore call for the abolition that has deprived qualified, energetic, and patriotic Nigerians the opportunity to fulfil their goals and contribute to societal development.”

Another lawmaker, Datti Garba, said he agreed with bill but has his reservations on one aspect of it, which is the military and paramilitary.

“This bill is a very important one particularly with the situation of unemployment the country is facing.”

“The only area I disagree is the aspect of military and paramilitary recruitment. Here, we need young and abled bodied men to carry out this work,” Mr Garba said.

Another contributor, Istifanus Gyang (PDP, Plateau) called for the need to put stiffer penalty on ministries, departments and agencies that fail to comply with the law when assented.

The House’ spokesperson, Abdulrazak Namdas (APC, Adamawa), while supporting the bill, said age ceiling for job seekers could only apply to societies with stable education calendar, not in Nigeria with recurring strikes, especially in public universities.

The bill was adopted by the House majority when the speaker, Yakubu Dogara, put it to voice vote after which it was referred to the House committee on Labour, Employment and Productivity, for further legislative inputs.