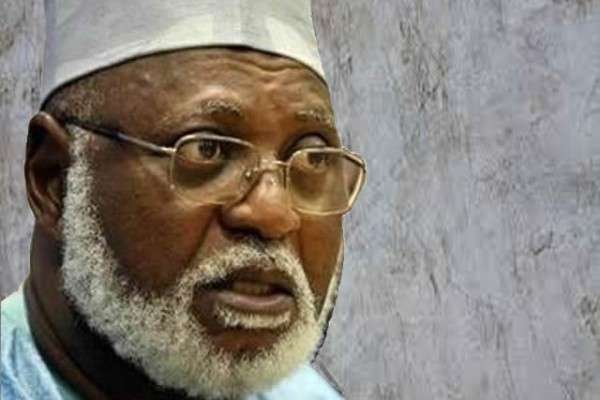 Speaking on Thursday at Arewa House Kaduna as chairman of the presentation and launching of the book, ” Yakowa: A Dream Differed,” Former Military Head of State, General Abdulsalami Abubakar has urged politicians who are above 70 years to retire from politics and give way to younger ones for the progress of the country.

Abdulsalami stressed that politicians who are above 70 years should retire for the young politicians.

He however, added that if they consider themselves fit to run for political offices at 70 years or above, they should be jealously continue to safeguard the peace of the country through their utterances during and after elections.

The ex-head of state said, “Politicians who consider themselves worthy to run for political offices should jealously continue to guard the peace of our country.

“I urge you to base your campaign on issue based campaign. Politicians and their political parties hold the key to the creation of an environment that could foster peace, fair and credible elections and we will ask them to do the needful for the interest of, and well-being of this great country.”

“Since Yakowa left the federal government, and returned to Kaduna to serve in the state as secretary to the government, rising to be elected as deputy governor, and then, governor of kaduna state, I have followed his track record with great interest. I am proud of his achievements. I bear witness to his commitment to peace, service, justice and truthful to the country,” he said.