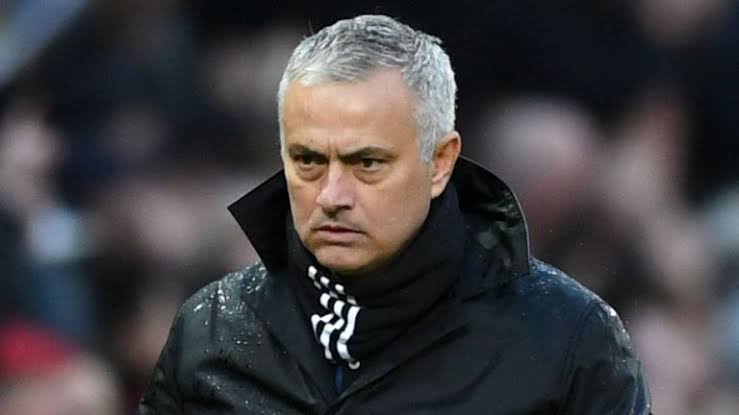 Manchester United have announced that they have parted company with their manager Jose Mourinho.

A club statement reads: “Manchester United has announced that Jose Mourinho has left the Club.

“We would like to thank him for his work during his time at Manchester United and wish him success in the future.”

“A new caretaker manager will be appointed until the end of the current season, while the club conducts a thorough recruitment process for a new, full-time manager.”

A three-time Premier League winner during two spells in charge of Chelsea, Mourinho took the helm at Man Utd in May 2016.

The 55-year-old won the UEFA Europa League and the League Cup in his first season in charge, ensuring the Red Devils qualified for the UEFA Champions League despite finishing sixth.

In 2017/18 United finished runners-up in the Premier League, 19 points behind winners Manchester City.

This term, however, domestic results have been disappointing. Although United qualified for the knockout stage of the Champions League, they lie sixth on 26 points after 17 matches, their worst start to a PL campaign. 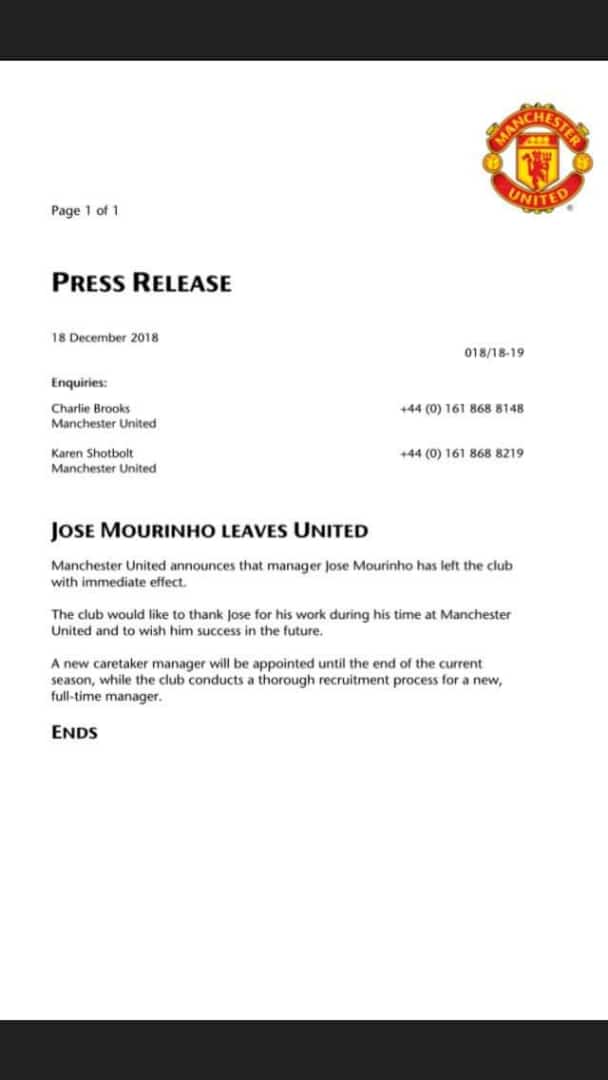