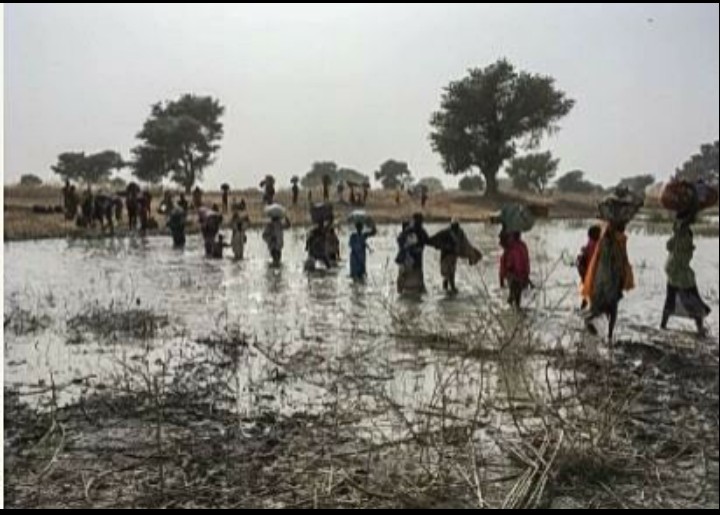 About 8,000 people have fled Rann, a Borno border town, to Cameroon in the aftermath of a Boko Haram attack on the town last Tuesday.

“Our sources in Bodo estimates that some 8,000 people arrived yesterday and we expect several thousand more may come today,” Hugues Robert, MSF Programme Manager for Nigeria, Hugues Robert, said in the update.

“We are preparing to assist 15,000 people with food, water and medical care over the coming days. Many people were in a state of shock and were clearly distressed by what they had witnessed. Now they have lost all that they have and need absolutely everything,” he added.

The organisation said many of the refugees have spent the night outdoors without shelters. Many of these locals are children, breastfeeding mother and pregnant women, MSF said.

It said a team consisting of medical and logistical staff have been distributing food and water, and are providing emergency medical care.

Rann has suffered attacks by Boko Haram and a case of mistaken firing by the Nigerian Air Force in January 2017, leading to the death of many.