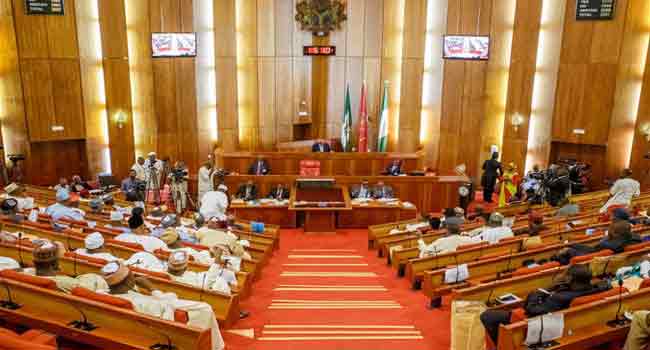 When the 9th Senate of Federal Republic of Nigeria will be constituted, it will be made up of no fewer than 11 former and 6 serving state governors whose tenure will lapse on may 29th as they have been declared elected in last Saturday’s National Assembly election. This figure represents 15.6 per cent of the 109-member Senate of the National Assembly.

Former Enugu governor, Chimaroke Nnamani, is also returning to the Senate, where he represented Enugu East between 2007 and 2011.

Also worth noting is that Abia, Kano and Nasarawa states will be having two of their former governors in the 9th Senate.

Recall that Abiola Ajimobi and Hassan Dankwambo, both serving governors in Oyo and Gombe respectively, failed to clinch their senatorial seats in last Saturday’s polls.

The 58-year-old chairman of SLOK Holding first burst into political limelight when he was elected into the House of Representatives in 1992, during the ill-fated Third Republic.

In 1986, he became the youngest Nigerian to receive the National Merit Award at 26, from then Head of State, Ibrahim Babangida.

When the embargo on political activities was lifted in 1998, Kalu joined the Peoples Democratic Party (PDP) on whose platform he was a two-term governor of Abia State, between 1999 and 2007.

In 2006, he formed the Progressives People’s Alliance (PPA) under which he unsuccessfully ran for the presidency in 2007.

In 2015, Kalu lost the Abia North Senatorial seat to Mao Ohuabunwa of PDP; last Saturday, however, he was able to beat Ohuabunwa to the same seat as a candidate of the All Progressives Congress (APC).

READ ALSO  Why Nigeria is still at the mercy of terrorists, Lai Mohammed reveals

Kalu, a University of Maiduguri and Abia State University (ABSU) graduate of Political Science, is making his debut into the Senate.

He was also a two-term member of the House of Representatives, where he represented Katsina-Ala/Ukum/Logo Federal Constituency, and was among others, Chairman of the influential House Committee on Appropriation.

Although a sitting governor, Suswam lost the 2015 senatorial election to Barnabas Gemade of the APC; last Saturday, however, Suswam summarily defeated Gemade to clinch the seat.

The University of Lagos-trained lawyer is also an ex-governor going into the Senate for the first time.

Born November 5, 1955, Shekarau was a two-term governor of Kano State between 2003 and 2011, after which he was appointed Minister of Education by former President Goodluck Jonathan in 2014.

In 2003, Shekarau became a household name in politics when he emerged from relative obscurity to deny then Governor Rabiu Musa Kwakwanso a successive second term, to the astonishment of pundits and bookmakers.

Yet, in 2007, he achieved another feat as the first incumbent executive governor of Kano State to be re-elected into office, beating again his political nemesis, Kwankwaso.

In 2011, Shekarau contested, unsuccessfully, for Nigeria’s President on the platform of the defunct All Nigeria Peoples Party (ANPP).

Last Saturday, the Mathematics teacher emerged a Senator-elect from Kano State, and will be proceeding to the 9th Senate as a first-timer.

Fifty eight-year-old Nnamani is the founder of the ‘Ebeano’ dynasty, an enormous political melting pot in Enugu State between 1999 and 2007.

Better described as a come-back kid of Enugu politics, Nnamani had his political career resurrected last week following his re-election as Senator for Enugu East.

After 2007, the former two-term governor of Enugu State (1999-2003) went into relative obscurity after falling out with his political godson, ex-governor Sullivan Chime.

Although Nnamani served as Senator for Enugu East between 2007 and 2011, Chime made sure he lost re-election in 2011 to the lesser-known Senator Gilbert Nnaji.

However, Governor Ifeanyi Ugwuanyi, himself a scion of the ‘Ebeano’ family, ensured that the US-trained Gynecologist was not only rehabilitated, politically speaking, but also cajoled to return into the PDP fold where he was handed a senatorial ticket.

Born January 25, 1958, Amosun will in June this year return to the Senate after serving two terms as governor of Ogun State, between 2011 and 2019 on the APC platform.

An accountant, Amosun first served as Ogun Central Senator between 2003 and 2007.

Although an APC member, Amosun is seeking to install Adekunle Akinlade of the Allied Peoples Movement (APM) as his successor.

An accountant, Geidam was elected a deputy governor of Yobe State in 2007 and in 2009, he was sworn in as a substantive governor after the death of then Governor Mamman Bello Ali of the state.

Geidam will be proceeding to the Senate when his tenure as governor expires on May 29.

The 66-year-old Al-Makura, a businessman and politician, became a political force in 2011 when he dethroned incumbent Aliyu Doma to become the governor of Nasarawa State.

Running on the platform of the newly formed Congress for Progressive Change (CPC), Al-Makura became the only governor ever elected under CPC in Nigeria.

Now in the APC, Al-Makura is heading to the Senate where he will be joining Senator Abdullahi Adamu, also a former governor of Nasarawa State and a third-term senator.

By 2023, Aliero, an APC member, would have been in the Senate for 12 consecutive years.

The University of Nigeria Nsukka (UNN) trained agronomist was also appointed Minister of Education in 2007 by the late President Umaru Yar’Adua.

First elected Senator for Ebonyi North in 2015, Egwu is heading for a second term in the Red Chamber of the National Assembly.

Born October 10, 1952, Goje was first elected governor of Gombe State in 2003 under the PDP platform.

Between 1999 and 2001, he was Minister of State, Power and Steel under President Olusegun Obasanjo.

The Pindiga born, Political Science graduate of ABU Zaria has been a Senator of the Federal Republic since 2007.

To retain his seat, he switched his political affiliation to the APC in 2015. Goje is billed for a third term in the Senate by June.

Yari, born 1968, is the current governor of Zamfara State, as well as the Chairman, Nigerian Governors’ Forum.

An acknowledged grassroots politician and party man, Yari held chains of political positions in Zamfara before becoming governor in 2011.

Not done, the two-term APC governor is moving to the Red Chamber when his term expires on May 29.

Okorocha, born September 22, 1962, is no doubt a controversial politician but he is also a business mogul and philanthropist.

He is the current governor of Imo State and founder of Rochas Foundation, which affords educational scholarships to the less privileged children in the country.

Okorocha is currently of the APC, on whose platform he won the Senate seat for Orlu Zone in Imo State. Like Amosun of Ogun, Rochas is seeking to install his son-in-law, Uche Nwosu, as his successor, using a different political platform.

All Credit To Daily Trust 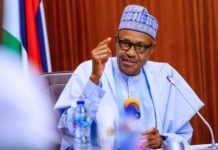 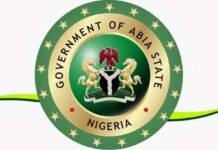