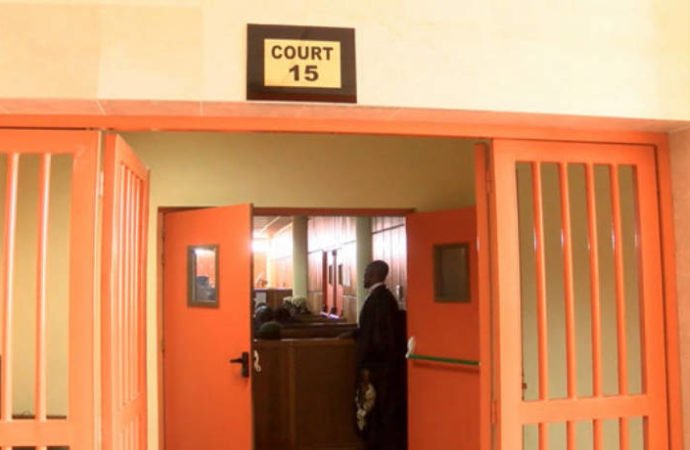 The court has also ordered the Independent National Electoral Commission (INEC) and the SDP with immediate effect to replace Ezeh’s name with that of Casmir Anyanwu.

Anyanwu had approached the court to challenge the candidacy of Ezeh for the March 9 governorship election, arguing that he was the legitimate governorship candidate of the party in the state.

He also argued that he emerged winner of the party’s primary election held on Oct. 6, 2018.

Anyanwu had told the court that he polled 855 votes out of 1,409 cast to defeat other aspirants while claiming that Ezeh never participated in the said primary election.

He also alleged that Ezeh was still a member of the All Progressive Grand Alliance (APGA) and therefore did not participate in the election.

Delivering judgment, Justice Tijjani Ringim, said that the SDP had conducted primary elections on the said date.
Ringim also held that in line with Section 133(2) of the Evidence Act, the plaintiff was the winner of the said election.

Ringim further ordered SDP, to replace Ezeh’s name with that of the plaintiff and to submit same to the INEC, in line with Section 87(4b) of the constitution.

Reacting to the judgment, counsel to the plaintiff, S. A. Anyalewechi, expressed satisfaction with the judgment, adding that it was a vindication of Nigeria’s democracy.

Also reacting, Kemdirim Ebere, counsel to Ezeh, expressed his belief in the judiciary as the last hope of the common man, adding that his client might appeal the decision after further deliberation.

Meanwhile, Anyanwu has said that his party would have an open door for an alliance with any party even as the election comes up in a few days.

He stated this on Tuesday while briefing newsmen. Anyanwu said: “Let it be on record that with this judgement, we are all winners; therefore I appeal to all party faithful to remain united and support our common agenda come Saturday election.”