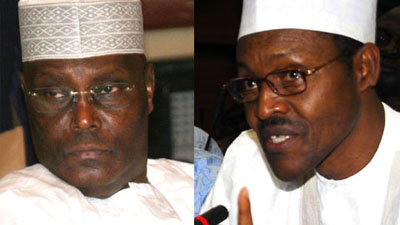 The Federal High Court Abuja, has fixed June 27, to hear a suit challenging the campaign funding of President Muhammadu Buhari, and the Presidential Candidate of the Peoples Democratic Party (PDP), Atiku Abubakar in their 2019 campaigns.

The suit was filed by the presidential candidate of the National Rescue Movement (NRM), Usman Alhaji, asking the court to nullify the participation of Buhari and Atiku in Feb. 23 Presidential poll.

Alhaji prayed the court to disqualify Bihari and Atiku because they spent above the amount provided for by the Electoral Act in their campaigns.

Specifically, the plaintiff is praying the court to set aside the participation of Buhari and Atiku on the grounds that they spent more than N1 billion each, as campaign expenses.

Others joined as defendants in the suit are: the All Progressives Congress, the Peoples Democratic Party, (PDP) and the Independent National Electoral Commission, (INEC).

The suit was filed by Mr Ezekiel Ofou, who urged the court to invoke Section 91(2) of the Electoral Act, 2010 to nullify the participation of Buhari and Atiku in the poll for allegedly violating the electoral laws.

When the matter was called on Tuesday, Buhari and the APC were represented by counsel.

However, there was no legal representation for Atiku, the PDP and INEC.

Ofou informed the court that the matter was slated for further hearing, adding that all parties had been duly served with relevant processes.

He urged the court to deem the matter as mentioned and fix a date for hearing since there had been several adjournments for mentioning.

Since there was no objection from Buhari’s counsel, the trial judge, Justice Ahmed Mohammed, adjourned the matter until June 27, for hearing.

The judge further directed that hearing notices be served on the defendants who were absent in court.