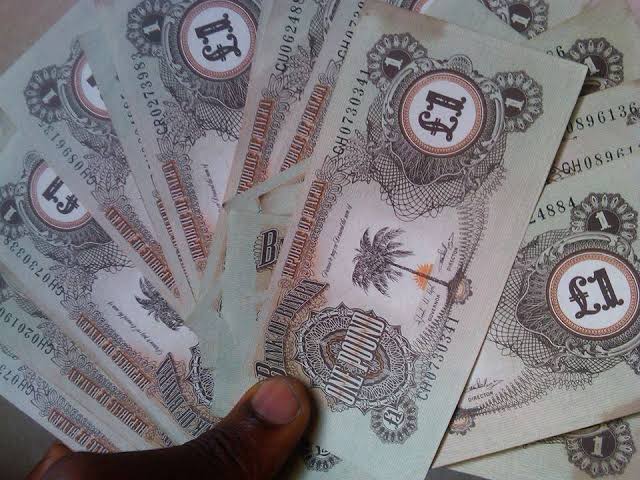 By Chukwuemeka Chimerue – In 2008, after his father died, Mr. Sylvester opened his father’s locked cupboard to see that it was full of Biafran money. Nearly forty years after the failed secession’s end, the notes were slightly warped but still very crisp. He ran his thumb over the bluish palm tree and tilted it towards the light to see the printed words “BANK OF BIAFRA.” Mr. Sylvester and his mother had earned these notes during the pro-independence war, while his father had been on the run from military conscription.

When I spoke with Mr. Sylvester in Lagos in 2017, he was nearing seventy years old. He opened a worn hymnbook on his desk and, from between its pages, pulled out one of the Biafran notes. Since finding them in 2008, he liked to keep them close by. Examining it in his hands, he said, “At the end of the war, they told people to deposit their [Biafran] money into the bank, and then only gave them ten [Nigerian] pounds in return, thinking that they could suppress the Igbo.” Only a few notes remained from his father’s cupboard because Mr. Sylvester’s children had taken them over the years and given them to their friends. Mr. Sylvester did not seem bothered by this. On the contrary, he was pleased that his children were excited to talk about Biafra with their peers.

In the past two decades, Biafran notes from the 1960s have resurfaced as memorabilia, artefact and, controversially, as currency in Nigeria. Although the federal government ordered for its destruction at the end of the war, Biafran money remains one of the more pervasive material artefacts from the 1960s Biafran state. It can be readily found in local curio markets, online sites like eBay, and private family collections, like Mr. Sylvester’s. Most recently, in the past two decades, controversies have flourished surrounding the revival and usage of Biafran money in markets in eastern Nigeria.

According to research, when Biafra seceded in 1967, it was still using the Nigerian pound as currency. The Nigerian government attempted to control and quash Biafra’s ability to engage in foreign exchange by introducing a new Nigerian pound in 1968, which would render all Nigerian pounds in Biafran territories valueless. Subsequently, the Biafran government began minting their own currency, the Biafran pound, in 1968. By the war’s end in 1970, an estimated £115 to £140 million Biafran pounds were in circulation before its collapse.

Worth stating, as a disclaimer, is that the available sources that claim the £20 policy was a way to suppress Biafrans are both sparse and written from a pro-Biafra point of view.

Of course, by using the name “Lugardian” in place of “Nigeria,” the memoir authors are referring to Lord Lugard, the former British colonial governor-general of Nigeria, to highlight the post-colonial government’s continued ties to the British government.

But money is only one of an array of Biafran symbols that have emerged as Biafran commemoration movements and political secessionist activism have swelled in the last few decades. Online images and memes promoting Biafran agitations pulse through social media and often feature photo-shopped images such as Biafran passports, embassies, airlines, athletes, and other material objects that have come to symbolize a modern nation.

Immediately following the end of the Civil War in 1970, the Nigerian government annulled Biafran currency and ordered for its destruction. Popular literature portrayals, such as Chimamanda Ngozi Adichie’s ‘Half of a Yellow Sun,’ featured vivid scenes of this process. This destruction of Biafran currency also extended beyond physical notes to Biafran bank accounts, whose contents were confiscated by the post-war Nigerian government. In compensation, the government issued a standard Nigerian £20 deposit, regardless of the amount of money seized.

One of the novel’s main characters, Olanna, destroys her Biafran money while resolving to retain her Biafran memories: “She lay on the living room floor and prayed that they [Nigerian soldiers] would not find her Biafran pounds. After they left, she took the folded notes out from the envelope hidden in her shoe and went out and lit a match under the lemon tree” (Adichie 2006, p. 539).

“The Lugardian government froze the accounts held by Bafarians in banks whether they were dormant during the war or not. They then recalled all the Bafarian money anyone had for an exchange of only £20. None of these happened to be applicable to the overwhelming majority of surviving Bafarians. Ndusi and his whole family held no accounts in any bank. They did not have any Bafarian money to exchange for £20. Hunger was biting. (Akamnonu and Eke 2010, pg. 49)

Like the fictionalized “Bafarian” character Ndusi, Mr. Sylvester’s family had not kept their money in a bank and, thus, did not even receive the £20 commission from the “Lugardian government.” Another recent fictionalized memoir, which also strikingly uses pseudonyms to recount the war, features characters that ponder the politics of reconstruction in post-war Nigeria: “What is the essence of the ‘no-victor-no-vanquished’ nonsense they are talking about? Buno, don’t you think this was done to punish the Edanjas [Biafrans] for seceding and creating their own currency? Do you think this was a way to rubbish the newly created currency?” (Agbasimalo 2014, pp. 249-250)

Not surprisingly, resurgent interest in the Biafran pound in the recent decades has mirrored swells of Biafran activism. Both prominent pro-Biafra organizations, the Movement for the Actualization of the Sovereign State of Biafra (MASSOB) and the Indigenous People of Biafra (IPOB), have initiated controversial actions concerning attempts to revive Biafran currency and the printing of Biafran passports. Although such actions have not been systematic enough to realistically challenge the Nigerian government, their power lies in their symbolism.

In 2013, I began my dissertation research amongst Igbo Nigerian merchants working in trade sites across Asia, the Middle East, and Africa. As I was drawn into these social networks, I began receiving regular circulating memes and chain messages on social media and messaging applications. Much like this genre of online communication elsewhere in the world, they largely consisted of humorous images and videos, religious advice, inspirational stories, and daily life moral parables. They also increasingly included images, videos, and memes concerning Biafran activism.

Such memes and photo-shopped images often feature a Biafran flag, an obvious symbol of Biafran consciousness, but also striking other material things that have clearly become important sites of modern nationalist expression: a shiny airplane with “BIAFRAN AIRLINES” painted on its body, blue Biafran passports, a protesting crowd of young men waving Biafran flags, a young men’s sports team wearing Biafra jerseys, a Biafran flag drawn amongst the “flags of the world.” Another circulating meme depicted a young man with a machine gun in front of expensive luxury cars, a Biafran flag, and a sleek mansion-esque building emblazoned “BIAFRA EMBASSY.”

One circulating video featured a professional boxer competing in Cambodia as a Biafran representative, with a small Biafran flag appearing opposite a small Thai flag. In this television clip, Biafra appears at first glance as a discrete political entity with the same status as other countries competing in the boxing tournament. Public arenas such as international sports, nationalized companies, airport customs and borders, and transnational political bodies are key symbolic sites of contemporary nationalist expression.

Such aspirational images are certainly not unique to the Biafran context; secessionist movements worldwide are responses to the modern nation-state system. The nation-state is not simply a parcel of territory, encapsulated neatly by lines penciled on a map. Instead, it is a concept that is continually being reinforced, re-conceptualized, and redefined. Who is part of the nation, on what terms, and how might it be different?

Stakeholders Of The Nation

Mr. Sylvester will likely spend roughly equal parts of his life in each of Nigeria’s three major regions: in the Southeast from the 1950s to 1970s; in the North from the 1970s to the early 2000s; in the Southwest from the 2000s to the 2030s; and, he hopes, back to the Southeast for the last years of his life. He had once anticipated spending most of his life in Kano, where he had built a house, schooled his children, and owned a store. But after witnessing a few horrific bombings and the growing unrest wreaking the region, Mr. Sylvester and his wife were forced to abandon their ample property and business, relying on the hospitality and generosity of distant relatives, church members, and strangers to set up their new livelihoods in Lagos.

READ ALSO  JUST IN: Lagos House of Assembly speaks on the rumoured impeachment of Gov. Ambode

Such patterns of cross-regional mobility, like Mr. Sylvester’s life trajectory, are far from uncommon in Nigeria. While “State of Origin” is a familiar blank space on Nigerian official and unofficial forms and remains key government identifier, it does not account for the fact that citizens are often on the move, whether willingly or unwillingly. For example, Boko Haram has created an estimated 1 million internally displaced Nigerians, and a recent survey estimated that 74% of Nigerian residents in Lagos originated from other states.

The call to “restructure” Nigeria has been growing from its many corners as both a fiercely urgent necessity to redraw national resource distribution structures as well as a political solution to the movements pulling Nigeria’s regions in various directions, from Boko Haram and the Oduduwa People’s Congress(OPC) to the Niger Delta militants and Biafran activists. As noted by the Governor of Kaduna State, and chair of the All Progressives Congress (APC)’s Committee on True Federalism, Nasir Ahmed El-Rufai: “This state of national dissatisfaction for a variety of reasons and motives has led to strident calls from virtually all segments of Nigerian society for political, constitutional, and fiscal reform using various words and phrases – restructuring, true federalism, resource control, regionalism, self-determination, and so on. How do we separate the signal from the noise?”

Some of the popular circulating Biafran images feature gleaming new highways, buses, cars, and even a petrol station emblazoned with a “BIAFRAN OIL” neon sign. The luminous infrastructures featured in these Biafran memes contain pointed critiques at the current state of Nigerian infrastructure, both under federal and state political jurisdictions. While making an argument about the reintroduction of Biafran currency, Olly Owen argued that such provocations were “a method of challenging the moral economy of the state in Nigeria that not only highlights interesting features of sovereignty, but redirects our attention to the dual ‘economic’ and ‘political’ nature of money itself.” Extending this observation, the circulation of Biafran memes mimics these provocations. Yet questions remain: how do secessionist movements re-imagine the modern nation state? Or are they bound to simply replicate the structures they once protested?

Circulating memes of speculative, futuristic objects, call attention towards the importance of symbols in the making of modern nations, and, to some extent, critique the collective fictions they rest on. Why should the Nigerian passport be one of the least powerful passports for international travel? Why should Nigerian citizens be held hostage by the volatile devaluation of the Nigerian naira? If one does not agree with this status quo, why not print a new passport? While some fervent supporters believe that a Biafran nation will materialize, many, like Mr. Sylvester, enjoy what the pro-Biafra movements have come to symbolize—pressure on the Nigerian government to address structural resource redistribution.