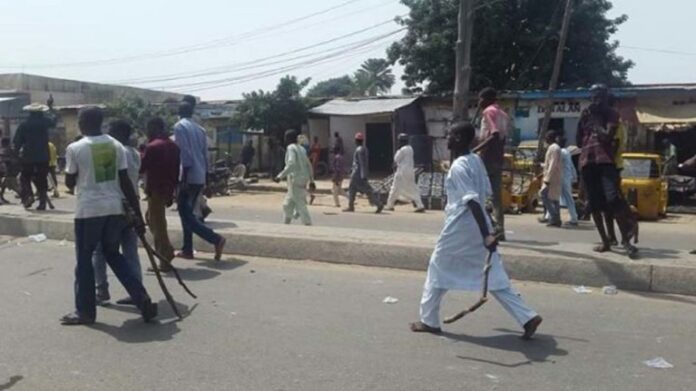 Residents of Batsari Local Government Area of Katsina State has on Tuesday afternoon took to the major streets of the town to protest the daily attacks of bandits they experience recently.

Katsina Post learned that the protesters, comprising grown-up men and children were carrying cardboard papers with different inscriptions calling on the government both state and the Federal and security agencies to step up their games and protect them.

We also learned that the angry protesters burnt tires and billboards of President Muhammadu Buhari and Governor Aminu Bello Masari in a visible anger and prostration mood.

The gunmen, who at about midnight, stormed the village, shooting sporadically and setting ablaze cars and houses belonging to the locals.

The deceased, whose identity was yet to be ascertained, was buried this morning after Janaza prayer while the injured were rushed to Katsina General hospital.

Many people are already fleeing the village as sources told our reporter that the attack might not be unconnected to the killing of one suspected bandit by some Yan Sakai (civilian task force) a day earlier to the attack.