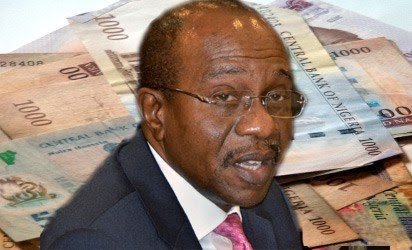 Muhammed Gudaji Kazaure, member representing Kazaure, Roni, Gwiwa, Yankwashi from Jigawa state in the House of Representatives has expressed his disappointment at the re-appointment of Godwin Emefiele, governor of the Central Bank.

Kazaure who is a member of the All Progressive Congress and a staunch supporter of President Buhari on Wednesday said he believes the president was misled by someone he trusts into reappointing a corrupt man.

Speaking at a press conference on the matter, he said: We met as different groups in the country and concluded yesterday to have this press conference because we are in the government of change and we expect to go to the next level but from the beginning of the appointment many of the people in the President’s camp are surprised at Emefiele’s reappointment.

“We at Buhari campaign organisation and many other groups believe he is a man of integrity and that he is fighting corruption. If we remember in this country, many things happened during Goodluck Ebele Jonathan’s administration, now we are accusing Dasuki, Deziani, and many people yet all the monies they stole was released through the Central Bank.

“With this type of appointment, I believe some people misled the President and he believed because he trust the people that came and briefed him.

“Based on all that has happened in this country, we do not expect the President to reappoint Emefiele.

“Emefiele met the dollar at 180 so what is the reform now? Dollar is now 360, we do not have confidence in him” he said.

Earlier today, the Senate confirmed the reappointment of the CBN boss after his screening by the Senate committee on banking, Insurance and other financial institutions.

Confirming his reappointment, the president of the Senate said “On behalf of the Senate, let me congratulate the Governor of the Central Bank, Mr. Godwin Emefiele on the renewal of his appointment.

“We wish him a useful tenure and may he use this opportunity to continue to provide support to ensure that the economy of our country continues to improve and address the important area of ensuring micro economic stability,” the Senate President said.

Mr. Emefiele who was appointed the Governor of Nigeria’s apex bank on June 2, 2014, is due to end his first term of five years on June 2, this year.

The President had last week written to the Senate requesting that Emefiele be confirmed as CBN Governor for a second term of five years.