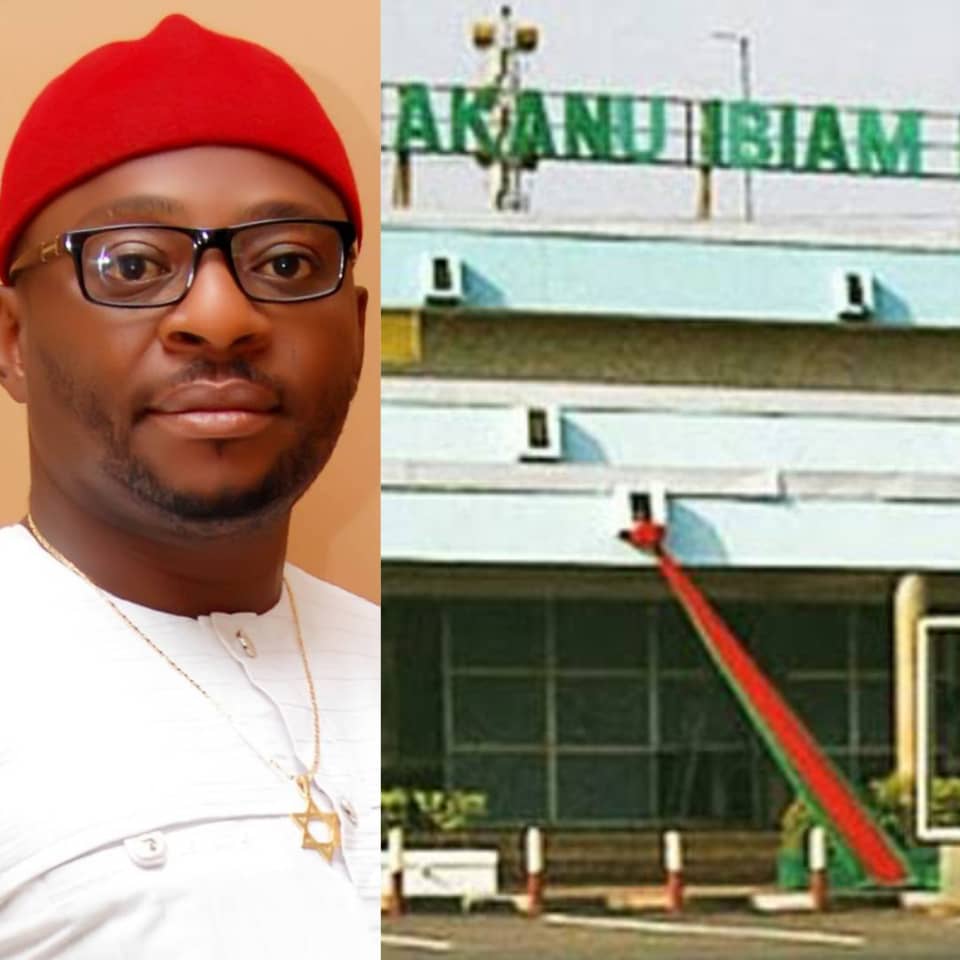 A CHIEFTAIN of the Peoples Democratic Party (PDP) in Enugu State, Chief Chinedu Eya has warned that the planned downgrading of Akanu Ibiam International Airport in Enugu state will lead to National crisis.

Chief Eya, a former Enugu North senatorial aspirant on the platform of PDP in the just concluded 2019 elections noted that the safety concerns raised by the Minister of State for Aviation, Hadi Sirika such as “dangerous runway, the location of an abattoir and Market at the end of the runway, Bird strikes” and other issues can be taken care of by the FG without resoting to downgrading the Eastern gateway.

The PDP Chieftain further contended that “actions like the planned downgrading of the Only International Airport in the South East is one of the reasons why separatist groups like IPOB and MASSOB are winning millions of Igbos to their quest.”

He further maintained that “Ndigbo need to be shown by the FG that they are in this Nigerian project together with other regions as any effort aimed at downgrading Enugu Airport will further hit up the polity and lead us into crisis.”

“Aside overcrowding of the remaining international gateways in the country, increased security concerns and loss of income to the Nigerian Airport Authorities if the downgrading succeeds, no country anywhere in the world will choose closure or downgrading of its already existing international gateway to rehabilitation, upgrading or reconstruction. It doesn’t make economic sense to me;” Gwiyi Solomon, Chief Eya’s Media Adviser quoted him as saying.

“The Federal government can make efforts to repair and expand the runway to reduce the security risks that the Aviation ministry has lamented about; instead of dangling downgrading of the only international gateway in the entire Eastern Nigeria;” chief Eya said.

The former Senatorial Aspirant further thanked the government of Enugu state in its swift response “by closing down the Emene market and abattoir, at the same time while making efforts to relocate the Business zone near the airport to avert the federal government’s planned action.”

READ ALSO  RED ALERT!!! Enugu Communities should get prepared for a possible attack by Fulani Herdsmen

Recall that the Minister of State, Aviation, Senator Hadi Sirika had last week during the sixth stakeholders meeting in Lagos disclosed the Federal government’s plan to downgrade the Enugu Airport.