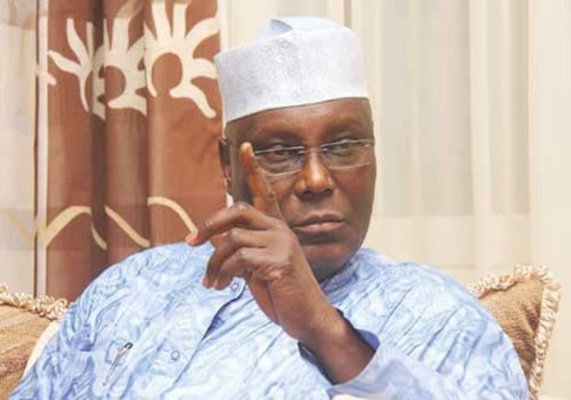 The announced suspension of the practicing license of DAAR communication by the Nigeria Broadcasting Commission, NBC, is generating reactions from well meaning Nigerians who sees the action of the NBC as a calculated attempt by the FG to gag the media.

The presidential candidate of the Peoples Democratic Party, PDP, in the just concluded presidential election, Atiku Abubakar has added his voice to the development.

Atiku said he “received with trepidation reports of the withdrawal of the licenses of AIT and Ray Power owned by DAAR Group.

“The Gen. Buhari administration needs to be reminded that freedom of the press and of speech is not only fundamental to democracy, it is guaranteed by the constitution.

“Nothing untoward must be done to roll back our hard earned democracy.”

Speaking via his twitter handle, Alhaji Atiku said “If, at this time, we stand by as the Press loses its independence, there will be little to differentiate us from a dictatorship. This should not happen.

“I am a lifelong democrat and throughout my political life, I have championed the principles of Separation of Powers. The Legislature has been challenged. The Judiciary has been tackled.”