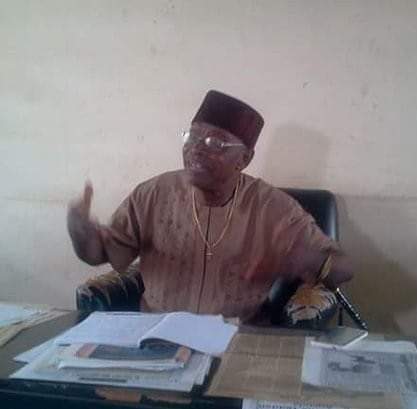 ENUGU— THE last may have not been heard concerning the brutal murder and assassination of renowned Enugu-based prophet, late Anthony Nwoko as shocking and devastating pictures of the slain cleric suddenly surfaced.

An unknown source, simply identified as “3rd Eye Images”, today, released to the media, devastating pictures of the slain prophet who was seen lying in the pool of his blood in his apartment in Enugu after his supposed assailants left him for dead.

This is coming weeks after speculations were rife in certain quarters that Prophet Nwoko may not have been murdered and that he died a natural death, otherwise, his pictures would have been sighted online.

The gory pictures, however, confirmed that the fiery prophet was indeed butchered from his forehead down to his skull with a lethal weapon, supposedly a machete by yet-to-be identified group of persons involved in the dastardly act.

It was reliably gathered by our correspondent that some certain persons, involved in the investigation to unravel the killers of the fiery prophet has since gone underground, following threats to their lives.

Recall that the 65 year old prophet, was reportedly killed by unknown assailants on April 15, Monday night at his apartment located at No. 18 Ezebinugwu Street, beside Bright Land International School, Ugbene 2, in the Trans-Ekulu/Abakpa axis of Enugu.

Nwoko had lived alone, so, it was said that his death became known when a neighbour noticed that the door of his apartment had remained open; peeped in and saw the man in the pool of his blood.

The neighbours immediately alerted the police, who in turn, effected the immediate arrest of close neighbours to the slain prophet, although, no official statement has been released by the police.

But until recently, the sexagenarian was a close ally of leader of the Indigenous People of Biafra, IPOB, Nnamdi Kanu, who prayed for him and the group.

Nwoko, before his demise, had raised the alarm that his life was in danger and that he was receiving death threats from members of the IPOB over his bribery allegations against their leader, Kanu. Late Nwoko, however, was murdered after alleged instigation by IPOB leadership who labelled him a “DSS agent and saboteur” for falling out with Kanu.

However, the CSO of the Enugu State chapter of IPOB, Mr. Victor Egede, has since denied claims of his alleged involvement in the murder of the prophet.

The deceased cleric who uses social media as a means of propagation of his fiery prophecies, last posted on his Facebook account at about 1:40pm on April 14, where he uploaded various online reports of his views on Biafra agitation, including video clips from Kpakpando TV.

Due to the violent nature of the images, we can’t post it via this medium but will be made available to anyone on request via [email protected] or on whatsapp via 08036853927