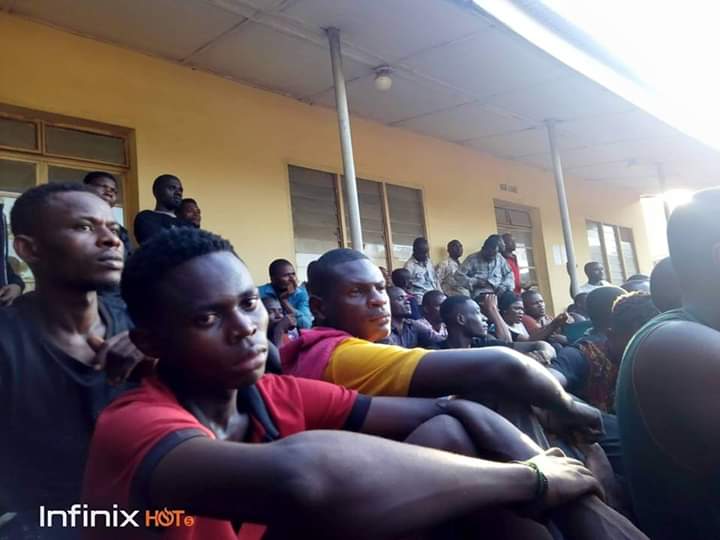 …It was lenient, liberal and impressive – IPOB lawyer hails ruling

ENUGU— A Magistrate Court sitting in Enugu, Friday, granted bail to 140 members of the Indigenous People of Biafra, IPOB, and ordered for their immediate release from detention for lack of merit in the treasonable felony charges preferred against them by the State.

This is coming days after a save-our-soul message, which went viral, was sent to our correspondent from an elderly member of the group who was among those remanded at Enugu prison facility.

It would be recalled that the IPOB members were intercepted and arrested by men of the Nigerian army at Ibeagwa Nike military checkpoint en route to Nsukka on Wednesday, 22 May, 2019, for their scheduled evangelism for the May 30 sit-at-home sensitization rally.

The IPOB members were later arraigned in court on May 23, 2019, on charges bordering on conspiracy to commit treasonable felony of which they all pleaded not guilty.

But delivering ruling, after an hour adjournment, on the bail application filed by defense counsel to the IPOB members, Barrister Tony Nwoko, the presiding Magistrate, A.N Chioke, who earlier declined jurisdiction in the case, said she found no merit in the charges slammed against the defendants.

She further described the charges as fabricated saying, “the charge the defendants are remanded for is treasonable but the prosecution did not list any exhibit of weapon of warfare against them.

“The only document against them before the court is the charge sheet. This looks to me like a trumped up charge.

“I didn’t see hitches with issues that has to do with bail conditions and I have the power to grant the defendants bail.”

Magistrate Chioke, while issuing the bail conditions, ruled that seven persons will stand as sureties to the 140 defendants, explaining that one surety will stand on behalf of twenty defendants so as to avoid rowdy session in court.

Expressing deep satisfaction on the ruling of the court, the defense counsel, Mr Tony, while speaking to our correspondent after the court session, described the Magistrates’ decision as ‘most lenient, liberal and impressing.’

“The (bail) condition of the court was most lenient and liberal because they’re certain courts like that in Umuahia where one person will surety only five defendants. So the court was quite impressive and I strongly believe that we’ll meet up with the requirements between now and Monday.

He further extolled the Magistrate for exhibiting great courage, confidence and independence in her ruling.

“It’s a landmark decision as it exposed the independence of the judiciary. She(Magistrate Chioke) stood on her ground and took decision without any interference. She played her role with confidence and talking out of experience, some men cannot do this.

“So I appreciate her for doing it on her own without pressure. It is quite impressing. Magistrate Chioke is a friend of us,” the lawyer asserted.