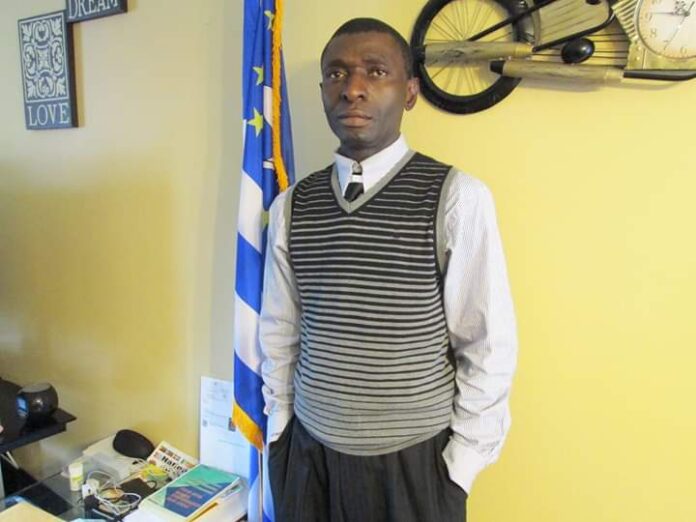 •Says Biafrans are making mess of the struggle, fighting for power
•Clarifies why he tried to unite pro-Biafra groups in Ghana

FOREMOST Ambazonian independence activist, chairman of the African People’s Liberation Movement, APLM, and Secretary General of the Organization of Emerging African States, OEAS, Dr. Ebenezer Derek Mbongo Akwanga, has called for cooperation and synergy between the various pro-Biafra groups in Nigeria and the pro-independence movement of the Anglophone Cameroonians, saying that Biafra will never become a reality if the exploits targeted towards Ambazonia’s independence fails.

Akwanga, who is a supporter of the Biafran case, and has spoken in favour of an alliance between Ambazonian and Biafran independence movements and also called for referendums on independence in both Southern Cameroons, including Bakassi and Biafra, explained that the reason for his statement was because there would be no escape route nor safe havens when the Nigerian government would begin to bombard the Biafran region.

The Ambazonian leader, who also doubles as the leader of the APLM armed group, the Southern Cameroon Defense Force, SOCADEF, in a message exclusively forwarded to our correspondent, was reacting against the backdrop of alleged talks between the leadership of the Indigenous People of Biafra, IPOB, and the Southern Cameroons.

According to him, “IPOB does not have anything to do with Southern Cameroons,” clarifying that Southern Cameroon can only engage in discussions with pro-Biafra groups as a representative of Biafrans and not to IPOB as a group.

He said, “Southern Cameroons talk with the Biafra struggle. IPOB is just one of the entities within the Biafran struggle. We should not mix up these two things. IPOB is not Biafra. Biafra is an entity and you people know the geographic confines of Biafra more than me, so, IPOB is just a confine within Biafra. Southern Cameroon is a geographic confines, a historic confine that was existing and still existing.

Giving reasons behind his concerted advocacy for alliance between the Biafrans and the people of Southern Cameroon, Akwanga explained that he realized his people cannot be separated by boundary and by relationship with the Biafran populace.

READ ALSO  CAN ERSTWHILE BIAFRANS PRAY WITH YAKUBU GOWON AT 85? BY Law Mefor

“The only reason I took it upon myself to try to bring the Biafrans together as Secretary General of the OEAS is because I know that whether we like it or not, Biafra as a geographic entity and Southern Cameroon are bound to be neighbours,” he said, adding “we’ll always be in that area together until the day God will decide to destroy the world again and change our position.

“We cannot run away from each other. We might have our differences, we might even be suspicious of one another but we cannot change our land masses. It’s not by stupidity or by madness that we’re linked together. Whether we believe in God or not, we cannot change the geographic confines.

“Biafrans cannot say we’re going to relocate and be part of the north and go to Jos, Yola or Maiduguri and send those people there to come and relocate down there. They cannot carry that land and change from it. So, we’re bound to be neighbours and in other words, we’re bound to be brothers and sisters.

“We intermarry and do other things – that was the only reason why I made the statement very clear – that any wise thinking Biafran will realize that if we Southern Cameroonians fail in our exploit, Biafra self-determination will never come, whether you like it or not because during the time of war, you’ll want to escape to our homeland, you’ll want a safe haven and then La Republic Du Cameroon that might have engulfed us will strengthen the frontiers and would add worse than what we’ve experienced and will make sure that Biafrans never have safe havens for her own freedom.

“It’s simple; you don’t need to go to school to know this. The handwriting is very clear. Why do you think that Buhari allowed our people to be kidnapped from Nigeria and taken to La Republic? It’s because of the Biafra struggle. They’re scared of the Biafra struggle but do the Biafrans themselves see that connection? Does any Biafran truly see that connection? I don’t think so. Some of you have been deceived and fooled by the idea that ‘Oh! you want war, Biafrans are trying to fight in Nigeria.’ That might be true but if you want to fight for something you think it’s most important than staying alive as a slave, what is bad in it? There’s nothing bad in it.

“As a human rights campaigner and Secretary General of the OEAS, when I talk about the Biafran issue, I’m not talking about it basically on the perspective of Southern Cameroons, I’m talking as a pan-Africanist. I merely made a statement that this would have been the time for Biafrans to say we need to find a way to give full support, even tacitly… you don’t need to do it in the open, you don’t need to beat your drums and hit your chest. You just need to play your own part in history, so that it will be recorded that we stood by your own brothers and sisters. Even if you don’t want to stand by your brothers and sisters, as human beings fighting for your own struggle, you would have said ‘listen, these people are fighting the same cause we’re fighting and they have taken their struggle to a level, it’s important that we stand by them.’ We can do that quietly but strongly without the rest of the world knowing what we’re doing or we can decide to do it in the open and say that we’re prepared to die with our brothers and sisters.

“I merely made a statement. I didn’t impose it on any Biafran neither did I say I want to come and lead the Biafran struggle when I’ve not finished leading the Southern Cameroon struggle to free my own people but the Biafrans know better. So, I do not want anybody to misquote me, to say that I went to Nigeria to have a meeting for IPOB, no!

“There are other Biafrans from different Biafran entities who were in Ghana for that meeting. It was to bring all the different Biafran groups fighting for Biafra self-determination. Our goal was to bring them together, that they should stop fighting themselves or understand that quarrelling against one another is nothing bad in a struggle like this but they should look at the common goal of achieving that freedom – that was what the OEAS was trying to achieve.

“Biafrans have the potential, they have the manpower, they have the financial capacity and the know-how. But they themselves are making a mess of the struggle, they’re fighting for power while they do not have authority. If they have authority, they won’t be running away from their homeland; you’ll be in your homeland to fight. That’s the same message I’m giving to Southern Cameroonians – that we cannot be setting up governments and trying to impose ourselves in the majority of the people. We should be liberating our homeland, fight for liberation, then the people will decide whether you qualify to be their leader tomorrow. Don’t fight for leadership when you don’t have a land that you’re going to lead or when you don’t have a people to lead.

“I’ve made this statement and I’m not scared of anybody. Biafrans who know me, knows I’m not afraid of anybody. I’m not a respecter of people but I’m a respecter of ideas, especially ideas that uplifts the people. I don’t follow ideas that uplifts individuals, that’s not who I am. I’m who I’m for the things I’ve done in the struggle of my people. I’m not who I’m because I’m called Dr. Akwanga or because I tried to impose myself on the people. I don’t do that. I just do my job.

“So, it(the meeting in Ghana) wasn’t bringing IPOB and Southern Cameroons together. IPOB is not a nation, IPOB is not Biafra, so, we cannot be bringing IPOB to sit in a meeting with Southern Cameroons. That does not make any sense. Biafrans can come together to say we want to talk to our Southern Cameroon brothers and sisters and see what we can do. Not IPOB, not MASSOB or any other individual group, so let people not go and misquote me out there or go and give an erroneous statement,” he concluded. 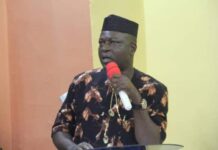