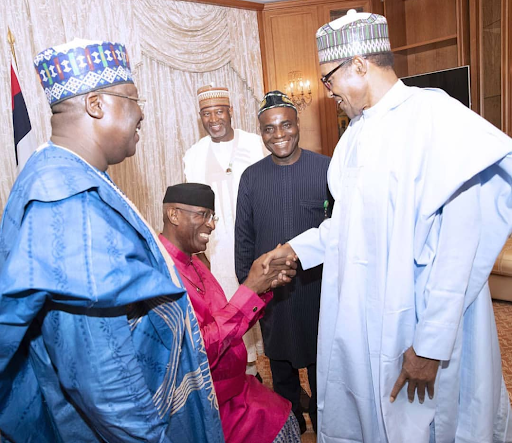 The new leadership of the National Assembly is showing early signs that it might end up as an appendage of the executive arm.

Omo-Agege was at the Presidential Villa with Senate President, Ahmed Lawan, to pay homage after their emergence as principal officers of the Red Chamber.

With them were; Ita Enang, Presidential Adviser on National Assembly, Senator Ibikunle Amosun, Senator Jubrin Bara and others.

After Lawan shook hands with the President, Omo-Agege did same and then knelt as he exchanged pleasantries with Buhari.