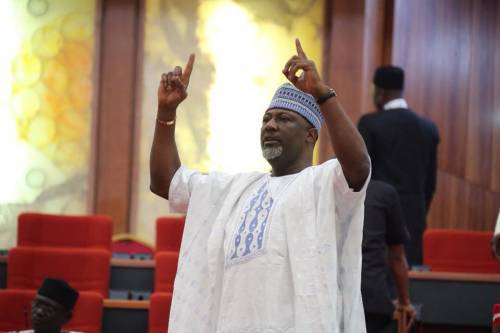 The election for the leadership of the National Assembly might have come and gone but the result of that process continues to attract reactions from politicians from both sides of the divide.

The senator representing Kogi West senatorial zone, Dino Melaye has taken to social media to throw a jab on the deputy president of the Nigeria Senate, Senator Ovie Omo-Agege for his alleged involvement in the stealing of the mace from the red chamber last year.

Dino wrote on his instagram page “when you working with a mace thief” with a picture depicting the Senate President, Ahmed Lawan telling the Sergeant at Arm to hold the mace firmly upon sighting his deputy.

Watch the hilarious picture below; 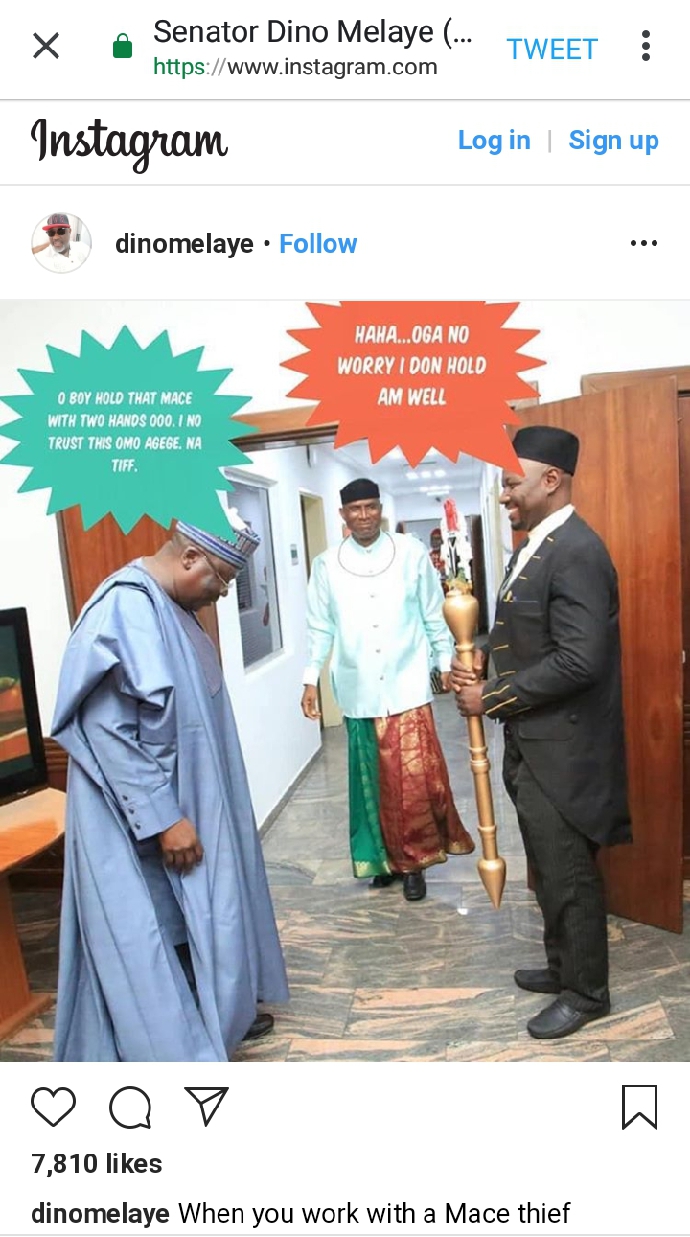