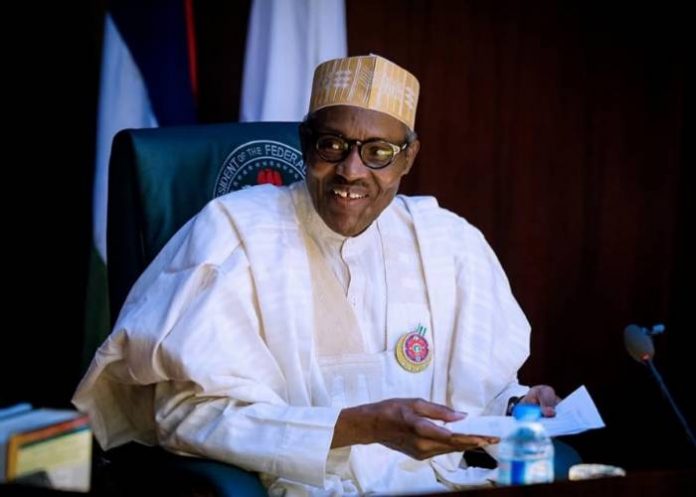 President Muhammadu Buhari on Thursday inaugurated the new National Economic Council (NEC), with tenure from 2019 to 2023 at the Presidential Villa, Abuja

The inauguration ceremony started around 1.23pm when President Buhari arrived the Council Chamber for the Council chaired by Vice President Yemi Osinbajo.

While urging the new NEC to press forward with key initiatives, Buhari asked them to specially focus on security, education health and agriculture.

Attaining progress in the four areas, he said will ensure a peaceful and prosperous Nigeria.

With the beginning of second term of the administration, 12 state governors whose tenures have ended are no longer members of the Council.

They are now replaced by new governors ruling the states.

Thirty-six state governors and deputies were in the Council chamber during the inauguration.

Others in the Council chamber included Secretary to the Government of the Federation, Boss Mustapha, National Security Adviser, Babagana Monguno, Chief of Staff to the President, Abba Kyari, CBN Governor, Emeka Emefuele. 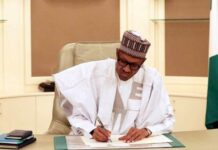