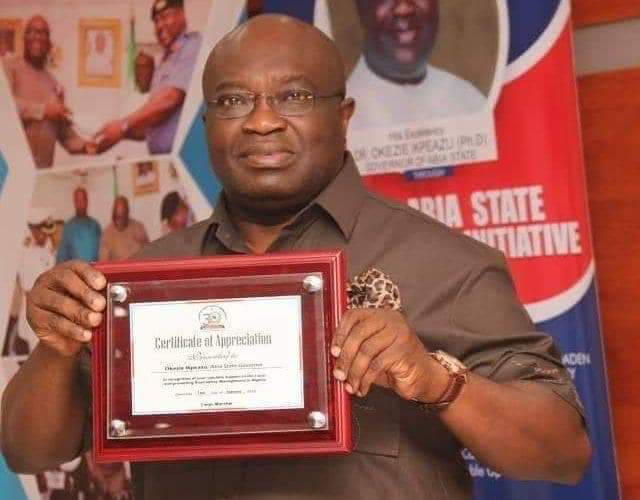 Abia State Governor, Dr Okezie Ikpeazu, has urged men and officers of the Federal Road Safety Corps (FRSC) to build confidence within the society as the safety of the people on the roads constitute their primary responsibility.

The Governor who was represented by the Abia State commissioner for Information, Chief John Okiyi Kalu, applauded the inter-agency cooperation in the state which, according to him, is the reason Abia remains the safest State in Nigeria, adding that there is no dichotomy among the agencies when it comes to operational areas and delineation of sphere of influence because they work together. He promised to collaborate with the FRSC in order to help them perform their duties effectively.

The Governor noted that his administration is making efforts to ensure the safety of Abia road users, having constructed over 76 high quality roads and is poised to construct 500-kilometers of new roads within the next 4 years of his administration, with funds already secured for that, in order to preserve the lives of the citizens of the state by making the roads safer for their use.

While eulogising the Federal Road Safety Corps for the vital role it plays in the security of lives, the Governor urged them to continue to focus on driving down the rate of accidents on Nigerian roads while placing less emphasis on generating revenue through the public they serve.

According to him, “the theme of the retreat which is ‘Intelligence for Operational Excellence’ is timely and relevant to modern road safety operations” even as the heads of military and para-military organizations present at the retreat called for continued synergy amongst the security agencies especially through the use of ICT in their operations.

While speaking at the retreat, Commandant of the Nigerian Navy, Owerrinta, Navy Commander Waki Muhammad, stressed the need for good intelligence gathering as he noted that it has been the most effective tool that helped law enforcement agencies in the state to carry out their functions effectively.
He added that the Nigerian Navy is always ready to work assiduously with the Road Safety Corps to achieve their common goal of keeping road users safe.

READ ALSO  Live Updates: The National Flag off of POCACOV

In his address, the Sector Commander, FRSC Abia State, Meshach Jatau, applauded Governor Ikpeazu for supporting the operations of the agency in the state and assured that his team will continue to work with relevant government agencies to ensure improved road safety in the state.

More pictures from the event; 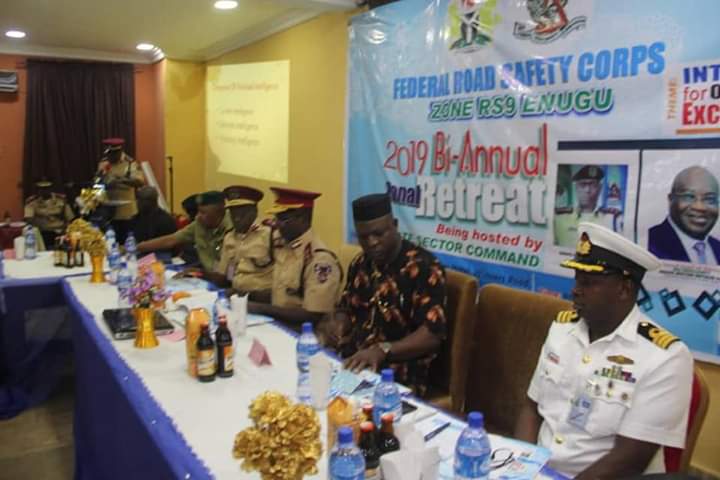 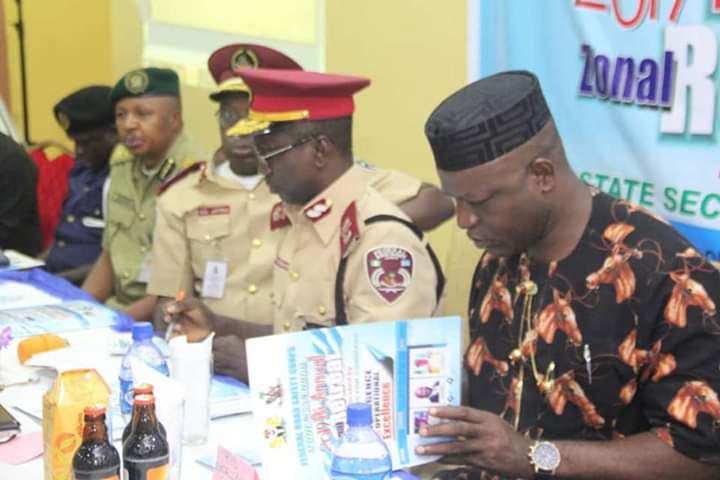