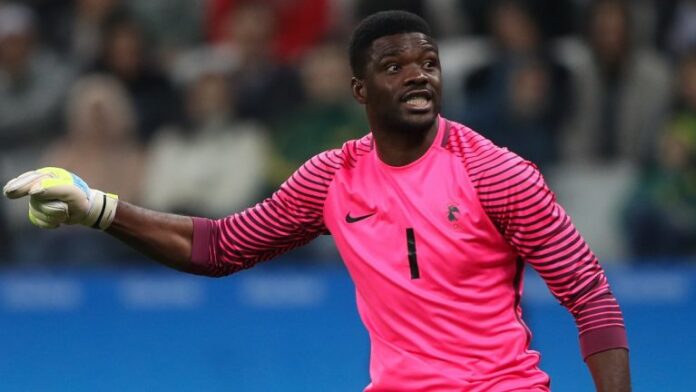 The Kaizer Chiefs save hands came under fire from Nigerians for the last-minute free-kick gasp which condemned the Eagles to the third-place match that believed his poor display denied us the opportunity of playing at the finals.

“Tomorrow’s game I am not going to be playing against Tunisia,” Akpeyi told TheCable.

“Uzoho is starting the Tunisian game tomorrow. Before people will start thinking it’s because Mahrez scored me a free-kick that made the coach not to start me, it is not.

“The coach told me even before now because he said he wants to give every player he brought to the AFCON opportunity to play.

“You know it’s funny how people easily spread rumour about things they are not privy to? They don’t know what’s happening in house but will say what they are not knowledgeable about.

“Same thing happened during the Argentina friendly ahead of the World Cup preparation last year, where the coach told me before the game that Uzoho will come in the second half of play.

“And when Suarez scored and Uzoho came on in the second half, everyone kept saying it was because they scored him that was why.

“Coincidentally, the same thing is going to happen tomorrow. It’s just that the coach wants to give everybody a chance to play.

“But maybe if I had gotten into the final, I could have played as well but look, Uzoho is also a good goalkeeper.”

The clash for the bronze medal will be by 8pm Nigerian time.